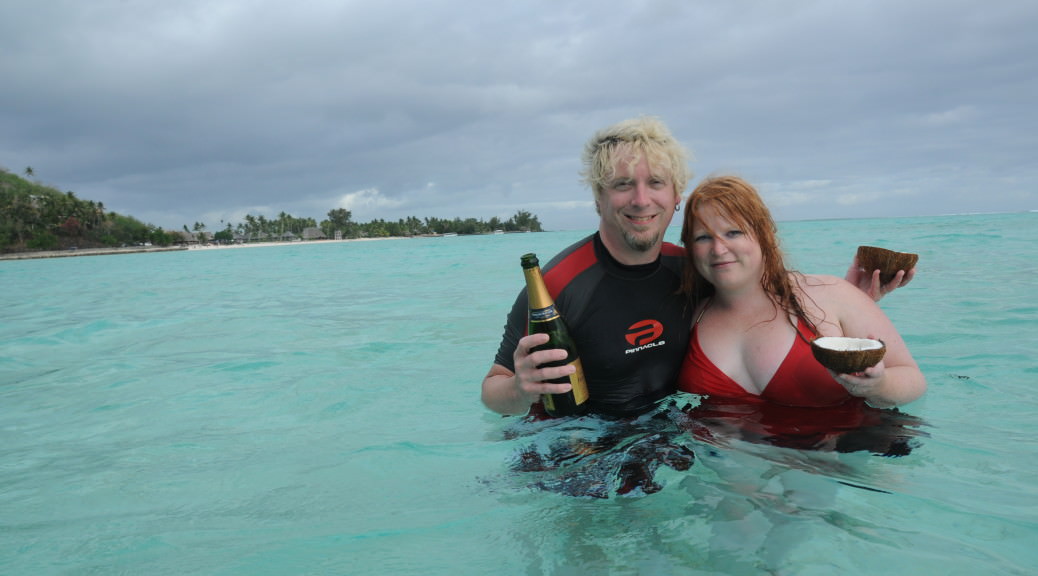 We are Whitney and Paddy, a childfree couple in Seattle, WA. We both have full-time jobs, and spend the rest of our time with friends and family, making art and music, cooking, reading, writing, a little volunteering, and going on new adventures.

We are the proud parents of two furry children, Finnigan and Gonzo. 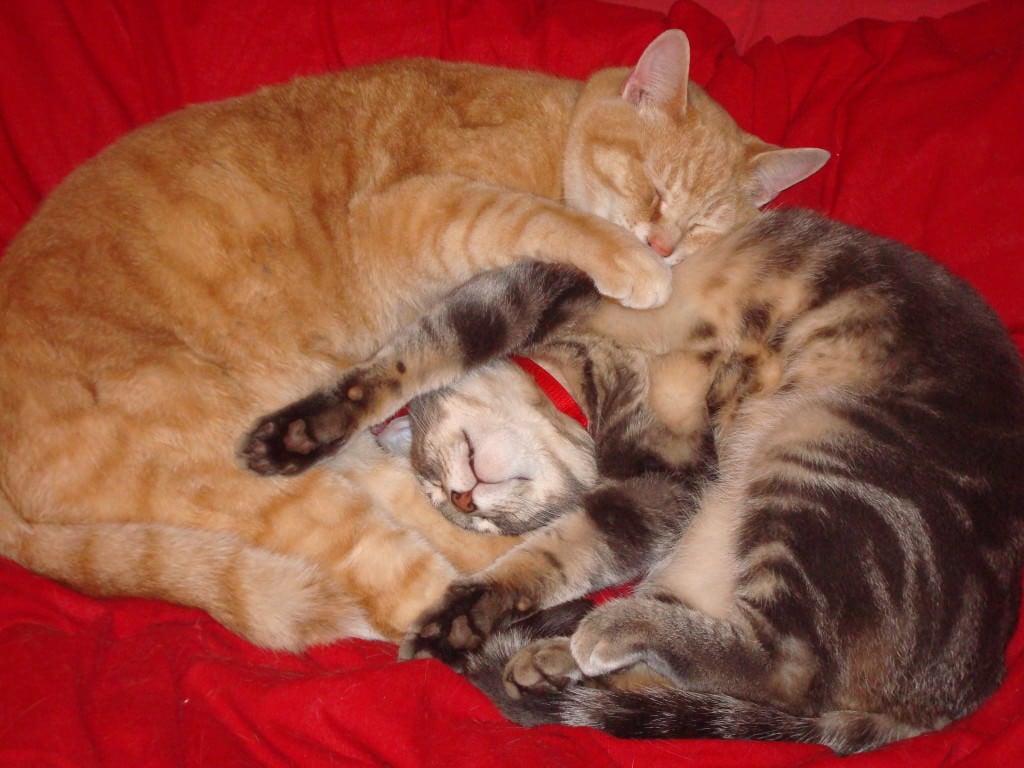 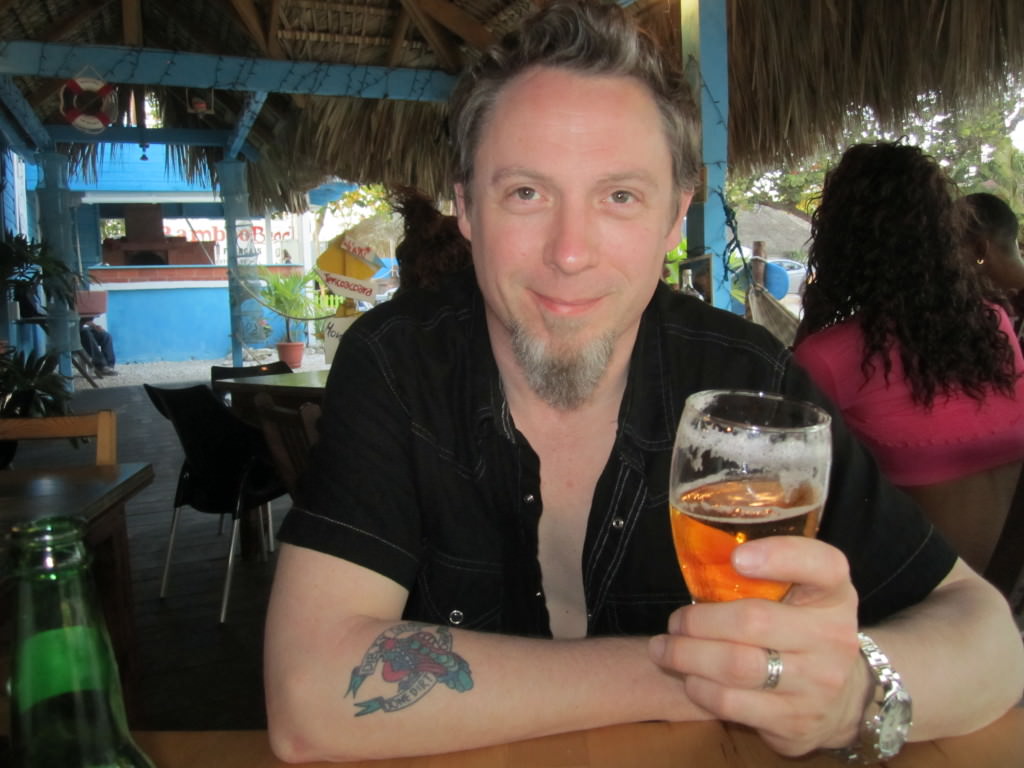 I have always loved food. My first word was “cookie”. I took my first cooking class at the age of nine, had my first restaurant job washing dishes at 14, and was cooking on the line by 16. I spent the next 20 years as a professional cook, in many facets of the industry… breakfasts, lunches, dinners, catering… in many different styles and ethnicities.

Admittedly, food was not my biggest passion, but a means to an end… I am a musician (OK, rock bass player – musician might be a stretch), and that has always been my true love. I was fortunate enough to have my cooking skills to fall back on and rely on as my means of earning a real paycheck, and to keep me from being a starving artist. I do NOT consider myself a chef… there are many self-delusional people out there that do, and I’m not one of them. I know many great chefs, I’m just a damn good cook. As I write about food for this blog, I will not fancy myself a critic…there are too many of them as well. In my opinion, a lot of these self fashioned “critics” are just self-important assholes with opinions. I’m too easy to please to be a critic anyway, and I don’t know everything…I’m always trying to learn more about food, drink and culture.

My taste for adventure was born in my teens, in a much less academic, more visceral sense than my wife’s. Growing up in a small island town in the 1980’s, I felt a bit claustrophobic and isolated from the real world. On weekends I would often just hop on a ferry, stick my thumb out and just go. It was a much different time, and I was young, dumb, and full of… myself. I truly enjoyed the road, meeting people, and just experiencing what the world had to offer. Many good times and fun adventures. Some bordering on legal, some that just weren’t…

Through my 20’s, as my band and music were my only real focus, I didn’t travel much at all. At age 32, my band had just broken up, as had my first marriage, and I was unemployed. So I moved back to the island, landed a cooking gig in the local Italian joint, and that is where I met Whitney. We weren’t together long before we started traveling and decided that this was how we wanted to live. We have since had many great experiences…though it was never with the intent to write about them. As she started putting this blog together, I have been thankful that her memory is better than mine, though going through all of our pictures and keepsakes has really brought a lot back. My plan going forward is to write while the experiences are still fresh…to try to capture and relate the essence of the food, drink, music, lifestyles and culture as best I can so that we may all be able to learn a little more…or at the very least have a little fun. 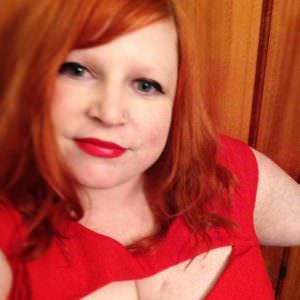 My taste for adventure began when I decided to go to Denmark for a year on a high school exchange program with AFS Intercultural Programs. I met other exchange students from all over the world, learned a new language and adapted to a new culture, and came home wanting nothing more than to pack up my bags again and take off to visit all my new international friends and see the world. But I had to finish high school, then college, and then actually have money to travel.

I found a compromise during my junior year of college in a national student exchange program for state schools where I could go to another school in the United States for a year on in-state tuition to learn about another part of the country. I was double majoring in art and anthropology and chose Hawaii. Hawaii truly was another culture and a great experience. I made some great friends, experienced the tropics for the first time, and took classes on the cultures of the Pacific Islands for my anthropology degree. I came home even hungrier for adventure.

I met Paddy in my home town of Friday Harbor, WA a month after returning from Hawaii. I got a summer job waiting tables at a local Italian restaurant where he was cooking. I was at the beginning of my life, and he was at a starting over place in his. We hit it off, and the rest is history. Our very first trip together was a road trip through Oregon and northern California to the Redwood National Park in 2003. He shared my enthusiasm for seeing the world and we began our life adventure together.

In 2004 I graduated college and worked for awhile at a resort in Friday Harbor, then we moved to Seattle in 2005. In 2007 I lost a close fellow exchange student friend from my year in Denmark and in her obituary her family asked people to donate to AFS Intercultural Programs in lieu of flowers, as they said her exchange year was one of the best years of her life. I didn’t have much money at the time, but I figured it was time to give back. So I began volunteering here and there with the exchange students who come to Seattle. Every year I watch a group of kids become young adults as they broaden their world view and learn how to adapt to another culture and become more independent.

For me, travel isn’t just about a fun vacation. It is an opportunity to learn and become a more well-rounded, educated person. I am most interested in how people live and what makes them happy. I don’t think I’ll ever be ready to “settle down” and stop exploring. Experiences mean much more to me than things, and Paddy and I have plans for many more adventures and learning to come. Stay tuned and see where we go!