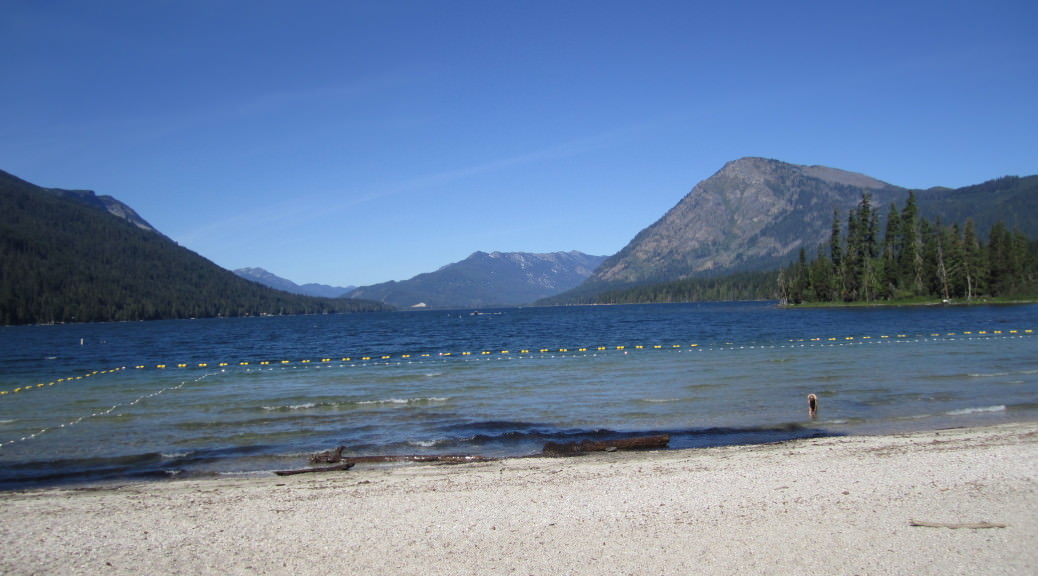 As a general rule in Washington State, you’re only guaranteed (98% guaranteed) no rain on your summer parade on the east side of the Cascade Mountains. We were looking for a nice summer lake experience with friends that was inexpensive and easy for a big group. We’d never been to Lake Wenatchee State Park, so we thought we’d give it a try for Labor Day Weekend.

You can reserve your camp spot at Lake Wenatchee State Park in advance at http://www.parks.wa.gov/535/Lake-Wenatchee. The other option is to try and get a first-come-first-serve camp spot at Nason Creek Campground. Nason Creek is a little farther from the lake and has a creek running through it. We thought the campsites there were a little nicer at Nason Creek, but given the popularity of Lake Wenatchee State Park–you might want to just reserve at the state park to make sure you get a good spot.

Our group had experienced campers and new campers, but we all had sites next to each other and divided up the meal responsibilities so that everyone was in charge of bringing one dinner or breakfasts or lunches. It worked out really well.

We arrived on a hot sunny Friday afternoon and set up camp. We took a walk around the campground and down to the lake. There are coin operated showers in the campground (bring quarters), and a very nice lake beach.

The park is also popular with day-trippers.**Note: to park in the parking lot you need to have a Discover Pass.

As we cooked dinner, a park ranger came around and said that there was some “concern” from other parties about our large group and that he didn’t want to have to come back around to remind us to be quiet after 10:00 PM. I’m not so sure if the “concern” was from the other campers, or him….we saw him saying the same thing to another group down the way.

So it was noted that we had to be as quiet as possible after 10:00 PM. This was understandable, but we were hoping that we wouldn’t have to be on patrol all night. As it was, we were fine and didn’t get reprimanded. Sometimes it is hard to watch your volume in a big group drinking beers though. 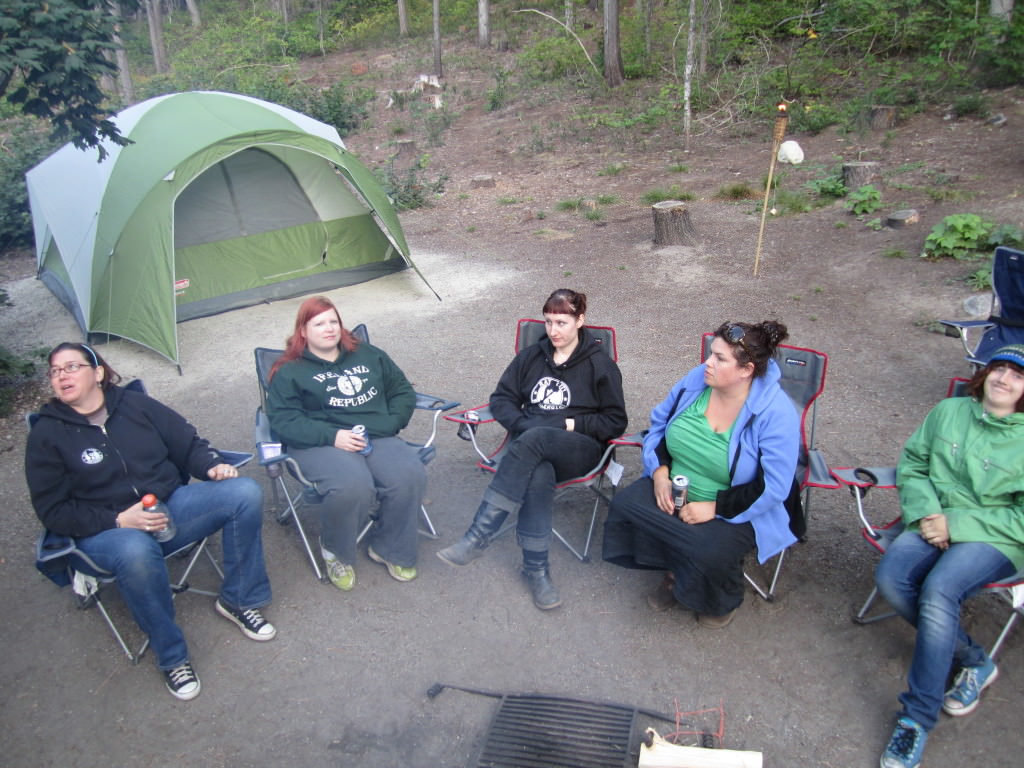 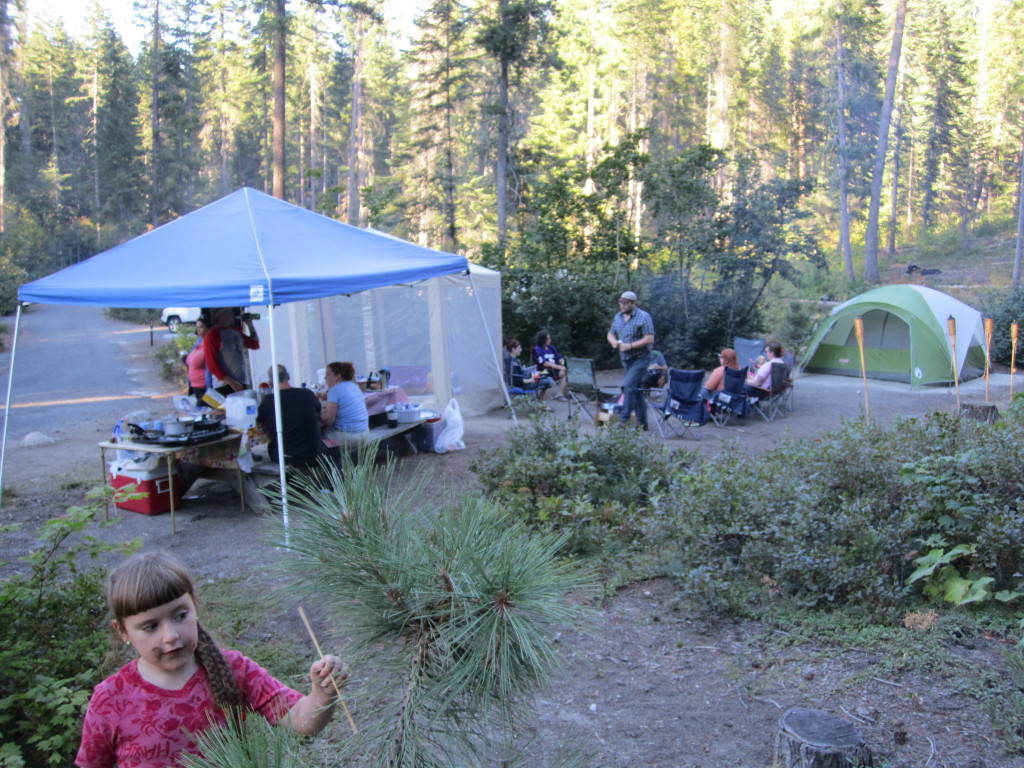 The next day, we were excited to take our new 10 ft diameter inflatable raft (Large Marge the Party Barge) out on her first float on the lake. 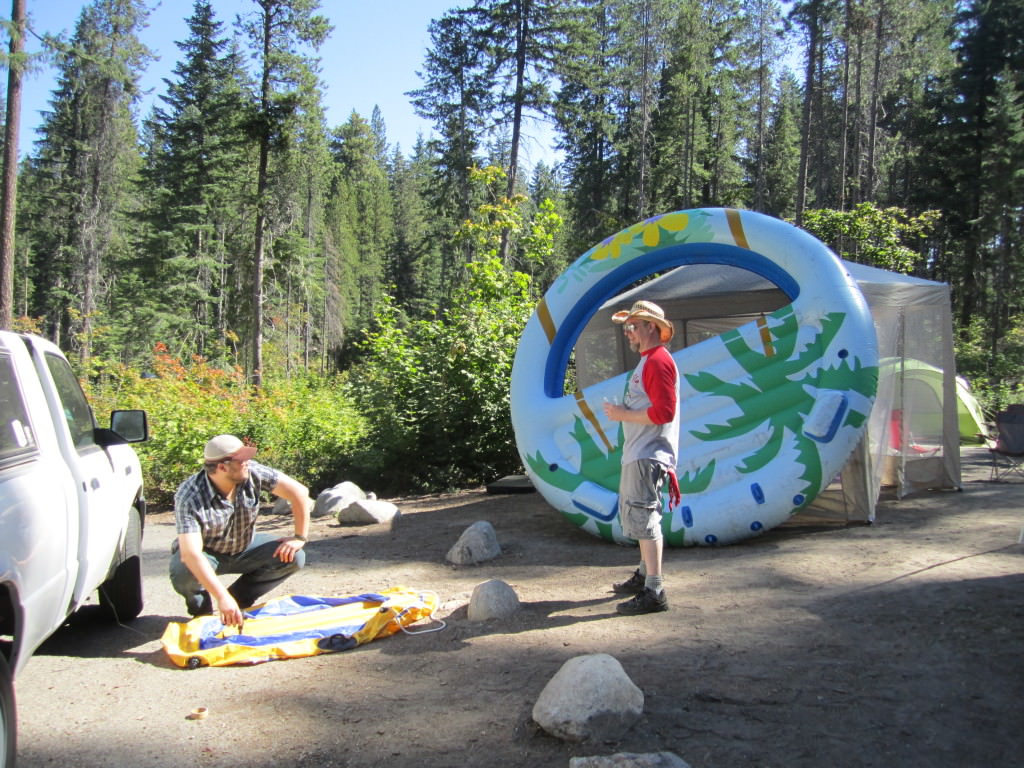 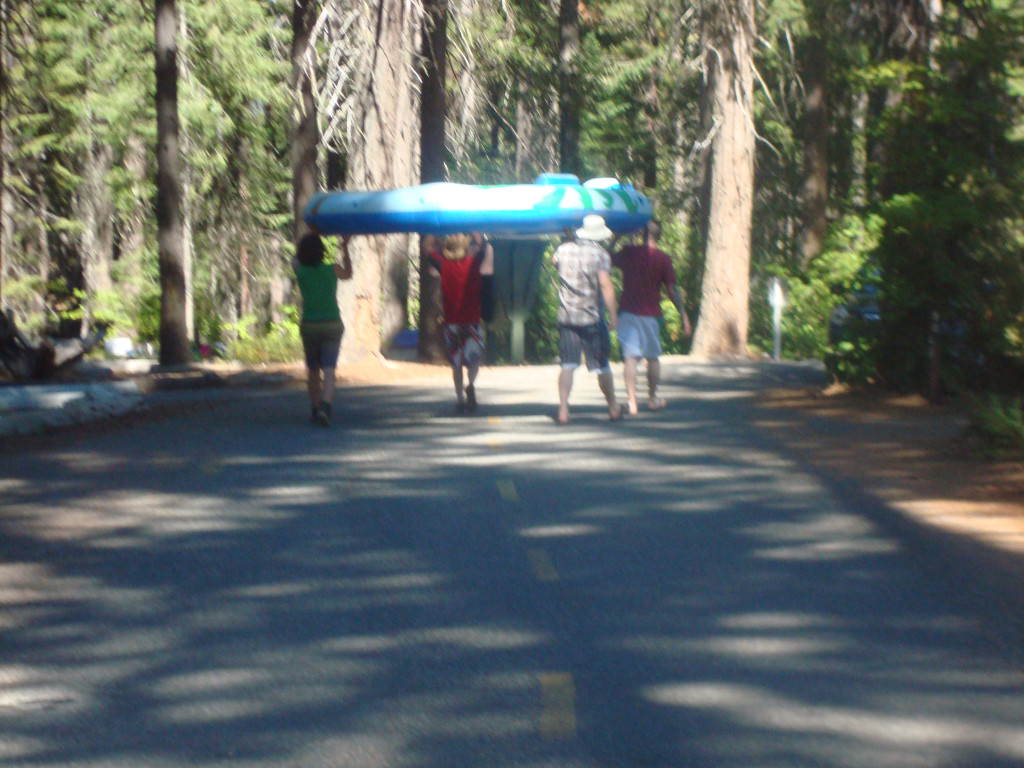 The biggest disappointment about Lake Wenatchee State Park was that it was really windy. It was hot up in the campground, but as soon as you got onto the lake beach it was really windy and kind of chilly in the water. We had thought it would be like Lake Chelan, but it wasn’t quite as warm with the wind.

The chilly wind didn’t stop me and several members of our group, though, including our niece and nephew who thought that Large Marge was the coolest thing ever. 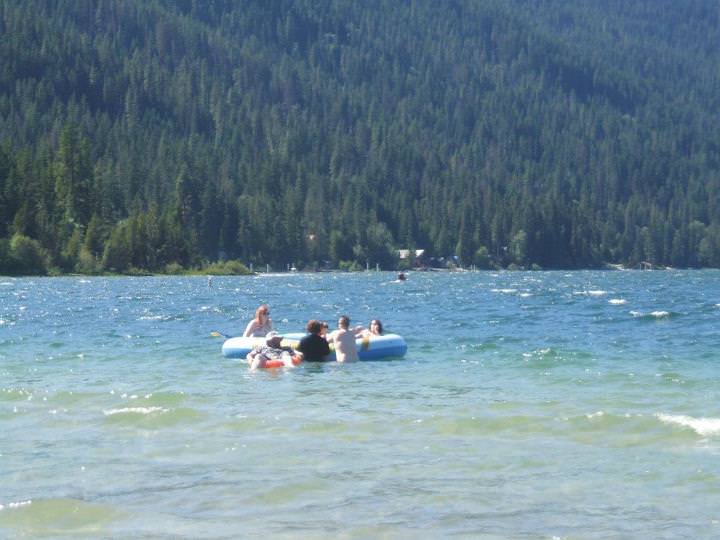 Later, we had another nice evening playing cards and drinking beers around the campfire. 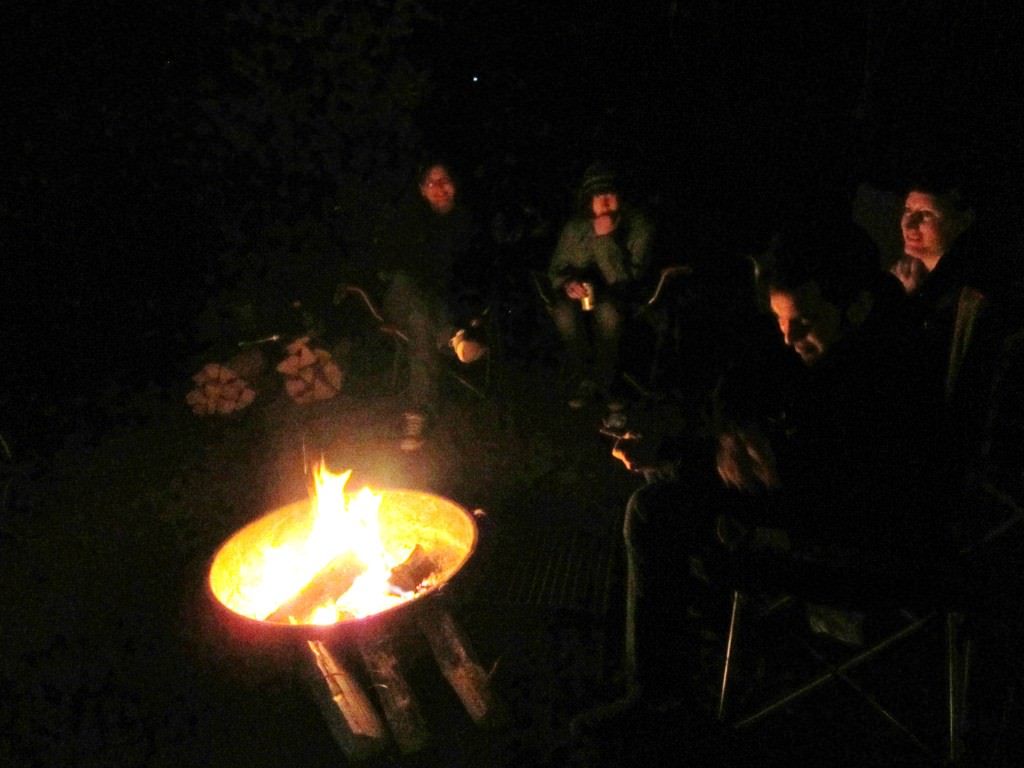 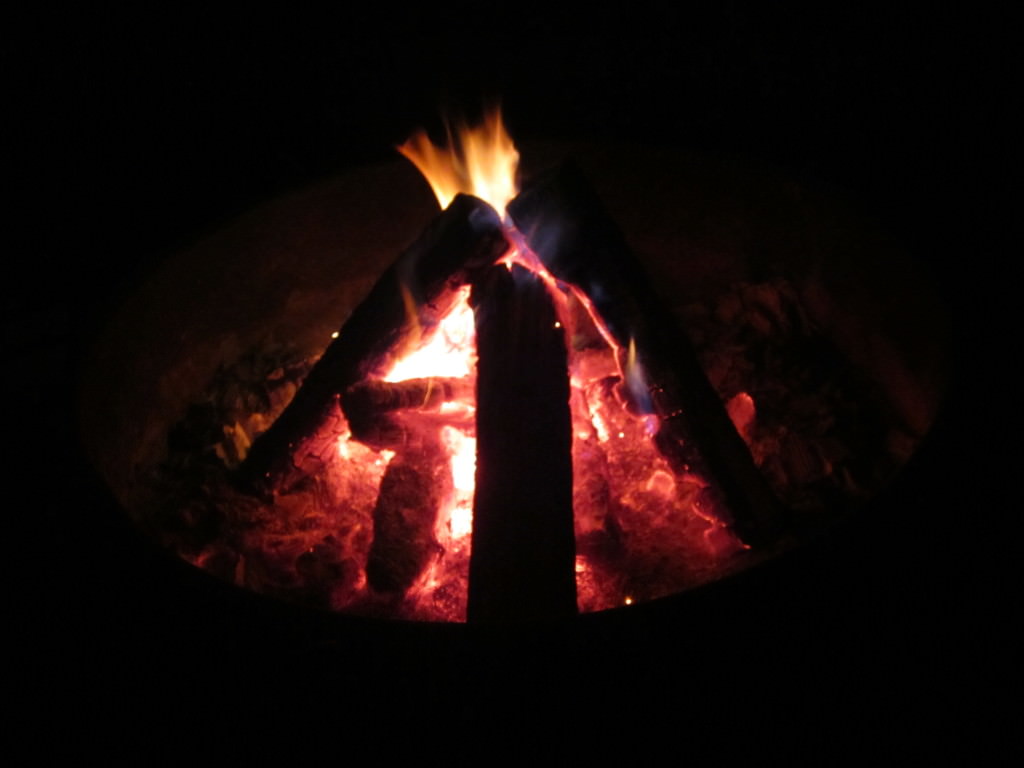 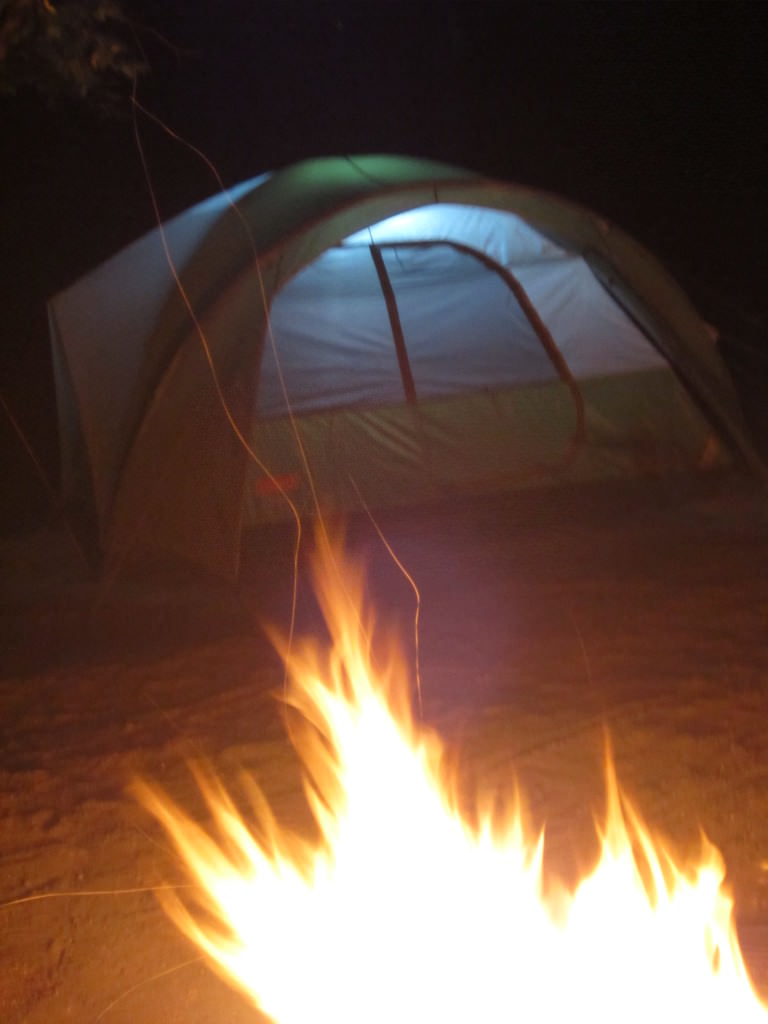 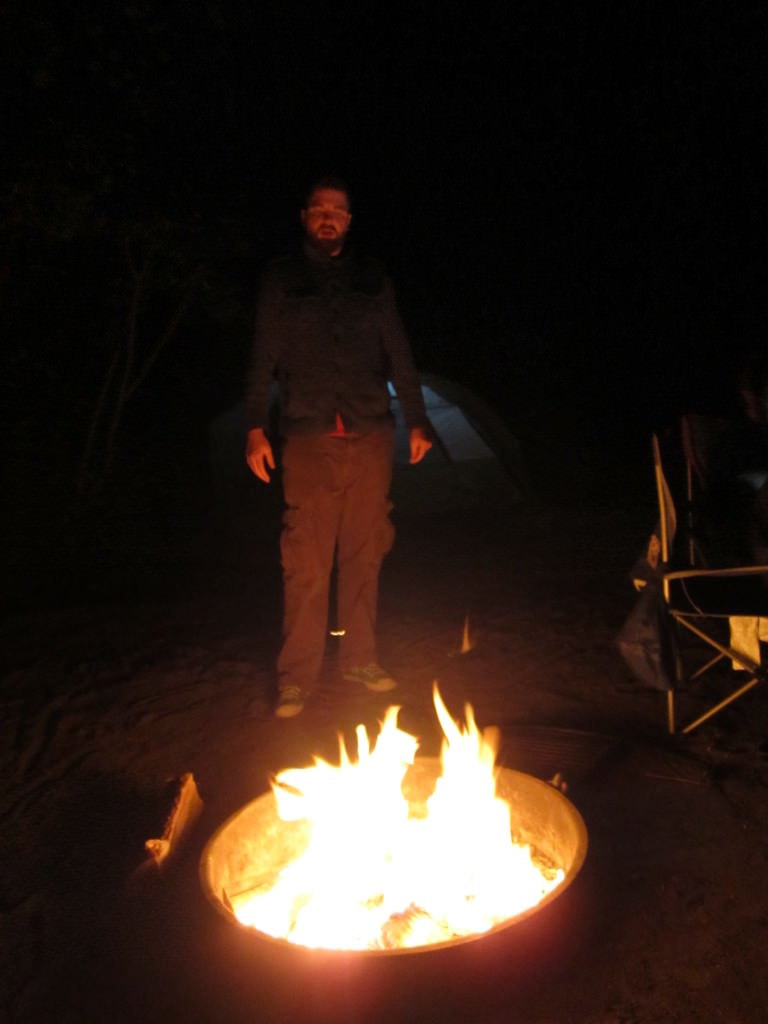 On Sunday, Paddy, Heather, and Stephen went horseback riding (trail rides are offered by Icicle Outfitters, a company at the park that also offers winter sleigh rides and cross country skiing). Cass and Devin went for a bike ride with the bicycles they brought, Paddy’s sister took our niece and nephew putt putt golfing in nearby Leavenworth, and the rest of us took it easy. 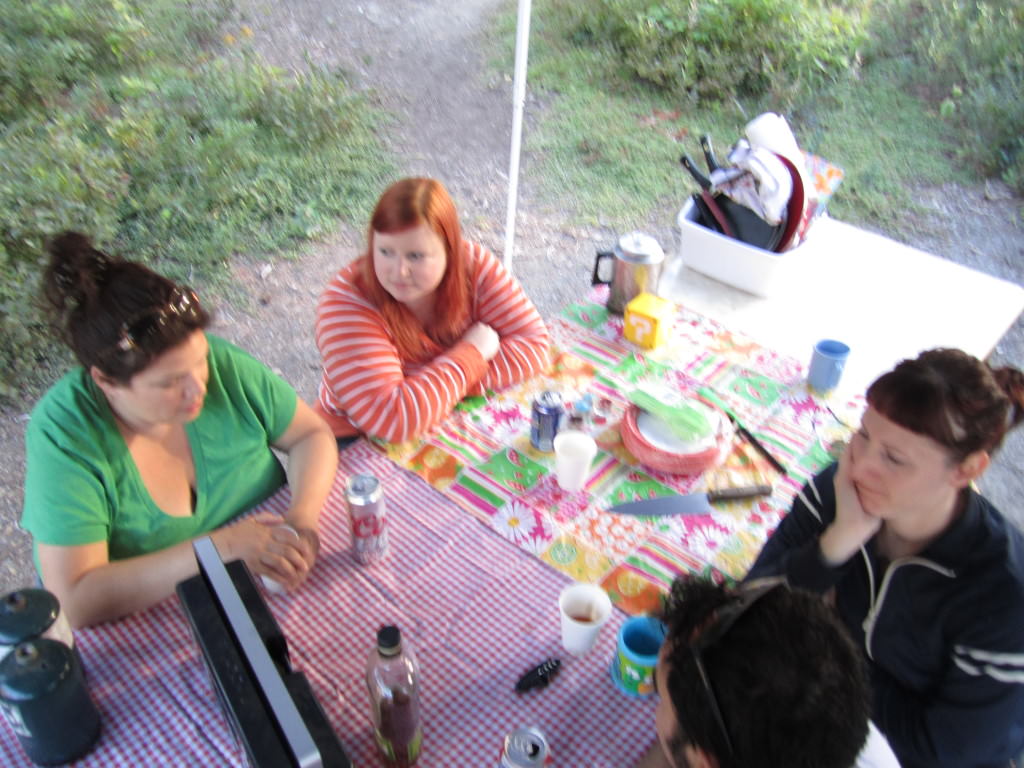 Later in the afternoon, a few of us went swimming down at the lake again. Despite the wind, the beach is really nice. 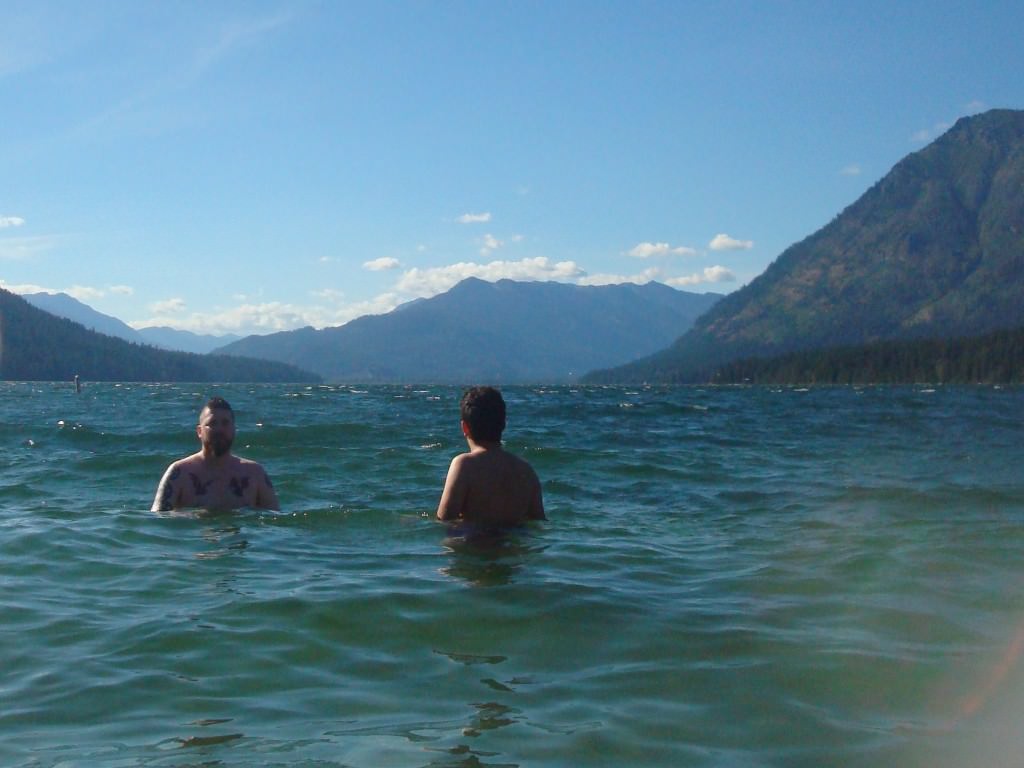 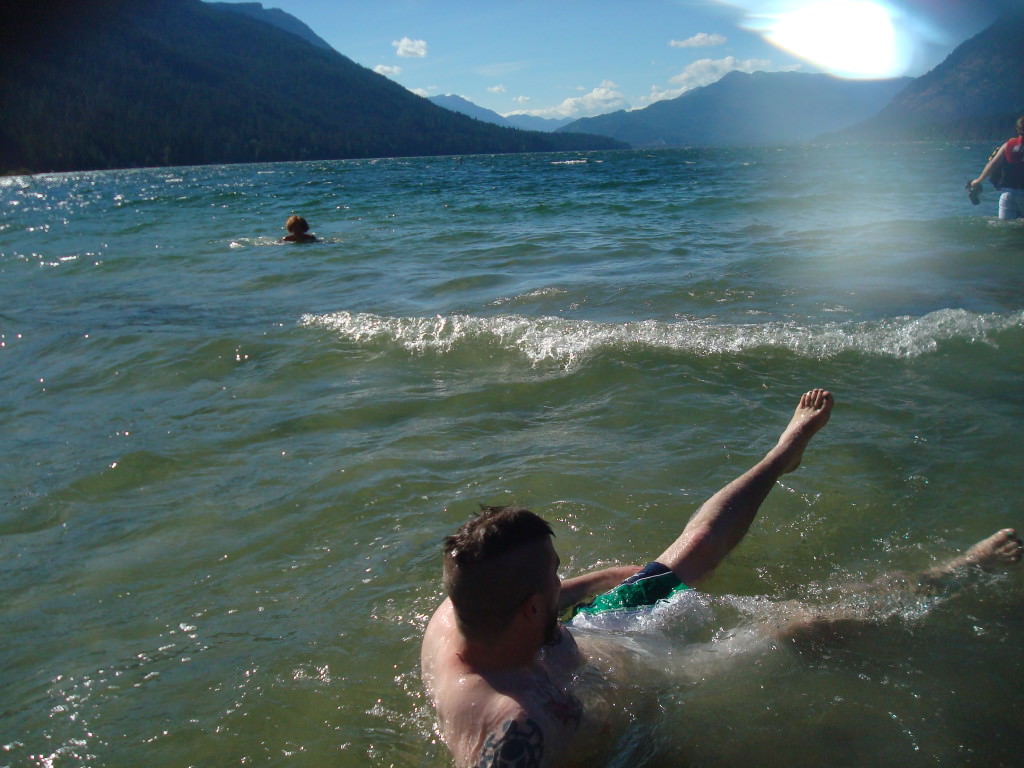 Overall, Lake Wenatchee State Park is pretty nice. It might be a bit warmer in July, and I’m not sure if the lake is windy all the time or not. However, I think for summer lake trips with friends–Lake Chelan will be our top destination, or another lake a little further east.