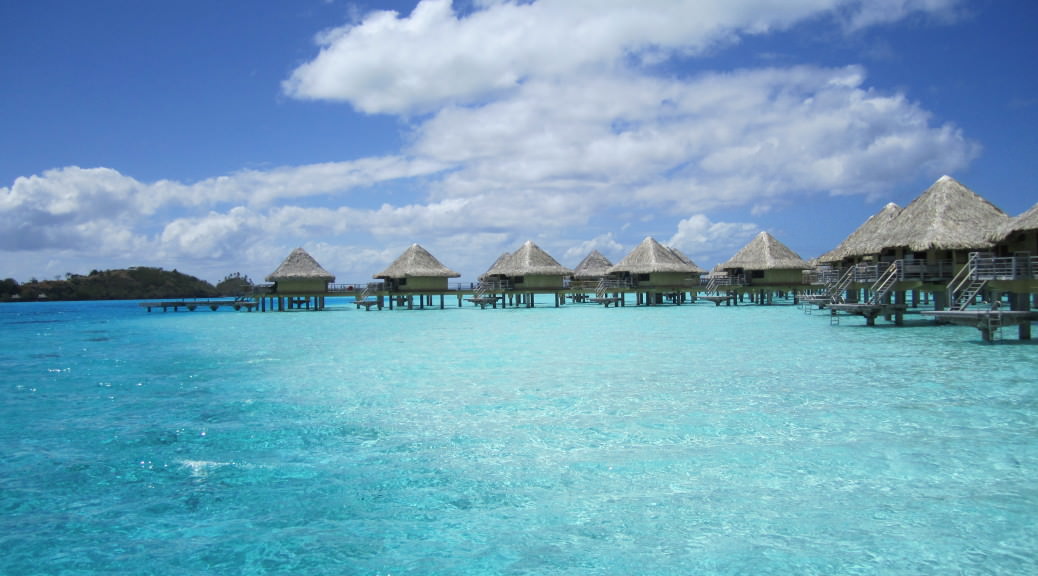 How to travel to Tahiti and French Polynesia without having to sell a kidney to afford it: Ways to cut costs and maximize your travel budget.

French Polynesia is one of the most beautiful places on the planet. You have probably seen photos of the infamous overwater bungalows of Bora Bora, Moorea, and Tahaa, along with crystal clear electric blue hued lagoons. It’s a popular spot for honeymooners, divers, and and adventure-seekers.

Unfortunately, it is also one of the most expensive places in the world. In a way, this is a good thing because it keeps tourism down to a minimum, preventing the islands and culture from being overrun by the obnoxious and polluting “Disneyland” that has overtaken places like Hawaii. Sadly, this means that only a handful of people without well-padded bank accounts get to visit.

If you enjoy a “Robinson Crusoe”, culture-rich tropical vacation, there is a way. It will still be expensive, but it’s do-able. We went for our honeymoon and went into quite a bit of debt, which we were able to pay off eventually. I wouldn’t recommend this, but we were determined and diligent about paying it off, and don’t regret it. We learned a lot of ways to save money on the trip, which helped us tremendously. We also know a bit more now about how to do an even less-expensive and more culturally focused French Polynesia vacation for the future. Our 10 year wedding anniversary, perhaps?

Here are our tips for saving money:

Travel agencies specializing in Tahiti and French Polynesia book trips in bulk and get bigger discounts for you than if you were to book on your own. We worked with Tahiti Legends, an agency based out of California. All my correspondence was done online via email with an agent. I had already picked out where we wanted to stay from extensive research on Tripadvisor and some guidebooks, so I told her what dates we could go, where we wanted to stay, and she quoted us an itinerary that included everything but airfare including all transportation and tours. I have also read good things about EasyTahiti.com, a Tahiti-based travel agent. Costco Travel also has good deals sometimes. 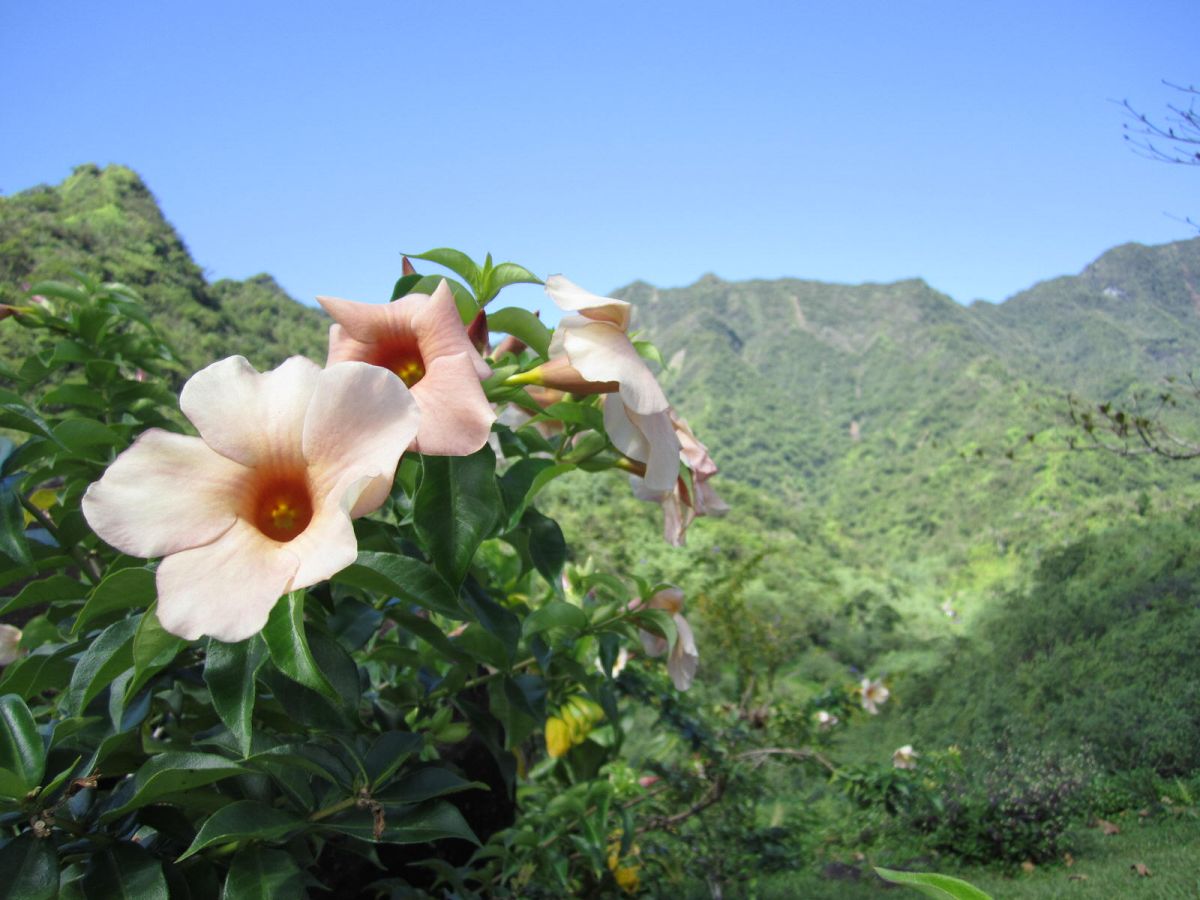 2. Bring EVERYTHING with you.

Not to be redundant, but Tahiti is ridiculously expensive. A bottle of sunscreen costs $30.00 and a six pack of local Hinano tall beers at the store costs $18.00. Bring all sunscreen you think you may need (don’t be a dumbass, pack a lot and use it), bug spray, toiletries– everything. Don’t plan on buying anything other than meals and souvenirs. If you drink alcohol, you will be shocked and appalled at the $20 cocktail prices at the resorts. Liquor is really expensive in Tahiti and all has to be imported. The saving grace here though is that you can bring your own. Tahitian customs will allow up to two liters of booze (wine or hard liquor) per person. We packed a fifth of tequila, a fifth of vodka, and boxed wine. We actually packed a little more wine than was allowed….they didn’t seem too interested in checking at customs. It was all box wine too, which may show up looking like something else in the airport scanners. Or not. I don’t know. We got away with it.

Bring crackers, cans of tuna, jerky, nuts, any sealed non-perishable snacks that you could make a picnic with for lunches. Since this is French Polynesia, baguettes and cheese, pates, deli meats and fruit are all available and not too expensive in local grocery stores (still more expensive than the US) and can be added to what you brought for a nice beach picnic lunch. See if you can get your travel agent to work free breakfast into all your lodging, or at least add it in at a discount. The breakfast buffet price posted at the resort in Bora Bora was $40.00 a person–I kid you not. I think our agent worked it in for free because we stayed over 4 nights. That way, you just have to worry about dropping the dough on dinners.

4. Find out where the locals eat

Locals often frequent small burger joints and cafes called “snacks” or food trucks called “roulottes.”  We ate at a couple of these close to our resort on Bora Bora, and at the roulottes in Papeete (kind of like a food truck round-up) Have dinner there a couple nights. The food is good and the price is going to be a lot cheaper than the resort and tourist restaurants. Also, try to avoid eating dinner at your resort. Their prices are atrocious and you will get a more cultured experience (and most likely better food) by venturing out into the island.

We went in summer, which is winter in the southern hemisphere and the dry season for French Polynesia. The weather is better then and not as hot. However, if you don’t mind heat and some rain, the prices are much better in the northern winter time.

Because it was our honeymoon and I was determined to stay in an overwater bungalow at least a few nights, we didn’t do this. There are small family-run pensions and hotels that cost much less than the resorts. Speaking French helps with the small family pensions though, as many of them don’t speak English. I would love to visit Tahiti again in the future, but have more of a small pension cultural experience next time. We’ve done the overwater bungalow, it was amazing, but we probably won’t drop that kind of money on it again. This was also the trip that we realized that we just really aren’t resort people.

7. If you do stay at resorts, see about discounts for booking with the same resort brand for each island.

Our travel agent got us a bigger discount for staying at Intercontinental resorts on both Tahiti and Bora Bora. On Tahiti, Moorea, and Bora Bora, (the three most popular islands), big name resort companies like Sofitel, Intercontinental, Hilton, St. Regis, etc. have multiple locations. If you book with more than one of their resorts, they will often give you a better rate. Ask your travel agent to see what he or she can do for you.

8. Visit only 2-3 islands, and islands in the same archipelago.

The more islands you visit, the more inter-island airfare tickets you will need to buy. The flights are short, but they aren’t cheap. The three archipelagos of French Polynesia are the Tahitian Archipelago (Society Islands), the Tuamotus, and the Marquesas. If you stay within one of them to island hop, it will be more cost effective than trying to fly between two or three. To visit any of them, you’ll need to fly to Tahiti first, regardless.

The Marquesas are the most remote and have the most well-preserved Polynesian culture, with beautiful mountains but few beaches, the Society Islands include the most popular destinations such as Bora Bora, Moorea, Tahaa, and Tahiti, and the biggest resorts. The Tuamotus are smaller and more remote and include world-class diving locations such as Rangiroa’s Blue Lagoon. Do some research and figure out what is most important to you to see and narrow it down from there. Tahiti and Moorea together would be an inexpensive option as they are so close. Moorea even has a ferry from Papeete. You can find many package deals for Tahiti and Moorea together.

What…..? I know. It’s weird. And it feels so wrong. But French Polynesia is a province of France, and tipping isn’t part of the culture. Tax is also included in the prices most of the time. This makes the restaurant and bar prices a little less painful. $8.00 for a beer at the resort bar? Think of it as a $7.00 beer back home with the $1.00 tip. Still expensive, but it makes it a bit more bearable. Restaurant menu prices are what you see is what you get, so you don’t have to worry about all the tax and tip costs at the end.

On our next trip to French Polynesia, we’d like to get a bit further away from the resorts and mass tourism and see more of the culture. Rangiroa, Huahine, and the Marquesas are all at the top of our list. We’d also like to spend some more time on Tahiti and in Papeete. For details on our trip, check out our post on our Honeymoon in French Polynesia.