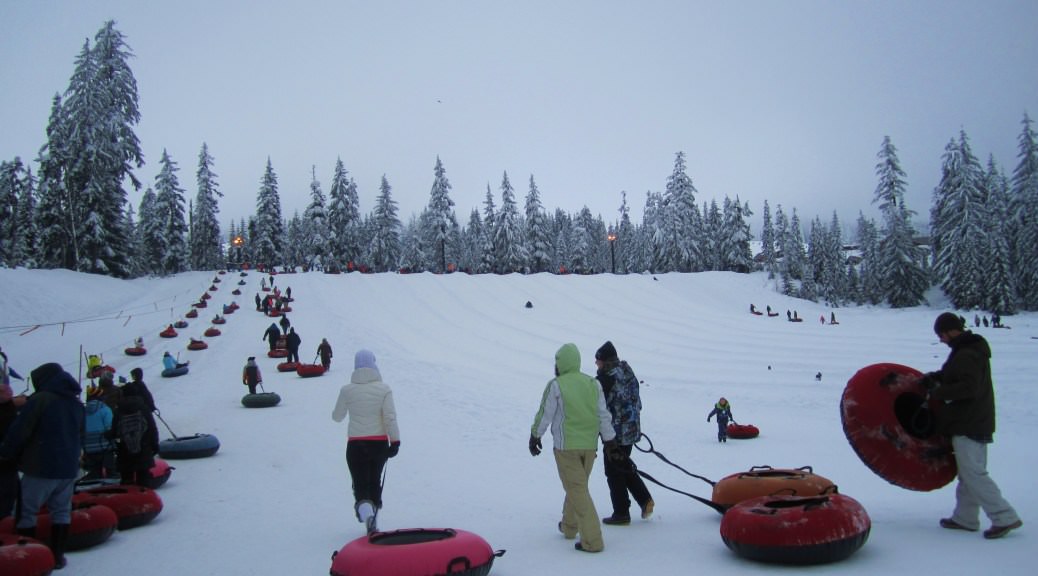 Paddy and I have a long-standing tradition of spending New Years Day being as slothfully lazy as possible. Bloody marys are usually involved. One year we even watched 12 straight episodes of Lost in our pajamas. We took a couple breaks to make food, but that was about it.

For New Years 2013, we wanted to do something a little more exciting with our mid-week day off. So we went snow tubing at Snoqualmie Pass, about an hour outside of Seattle.

Seattle is a city blessed with tons of surrounding outdoor adventures. Multiple ski mountains, national parks, rainforest, beaches, rivers, lakes, and is also only a three hour drive away from the desert areas of Eastern Washington. We love it. Snoqualmie Pass is a ski area just an hour outside of Seattle off I-90. In just one hour you can go from 40 degrees and rainy to a winter wonderland, and then back again in the evening.

We were able to pre-reserve a spot in a snow tubing session at the Summit at Snoqualmie beforehand online. There are several two-hour sessions throughout the day that you can book for $23 per adult.

We booked an early afternoon session. We left in the morning, and traffic was non-existent. Parking was plentiful in the large lot at The Summit West. We walked around and watched the skiiers, and checked out the bars and restaurants. It was packed with families enjoying the holiday ski season. Unfortunately, the food options are not good at Summit West. We had lunch at Big Air BBQ, which left a lot to be desired. 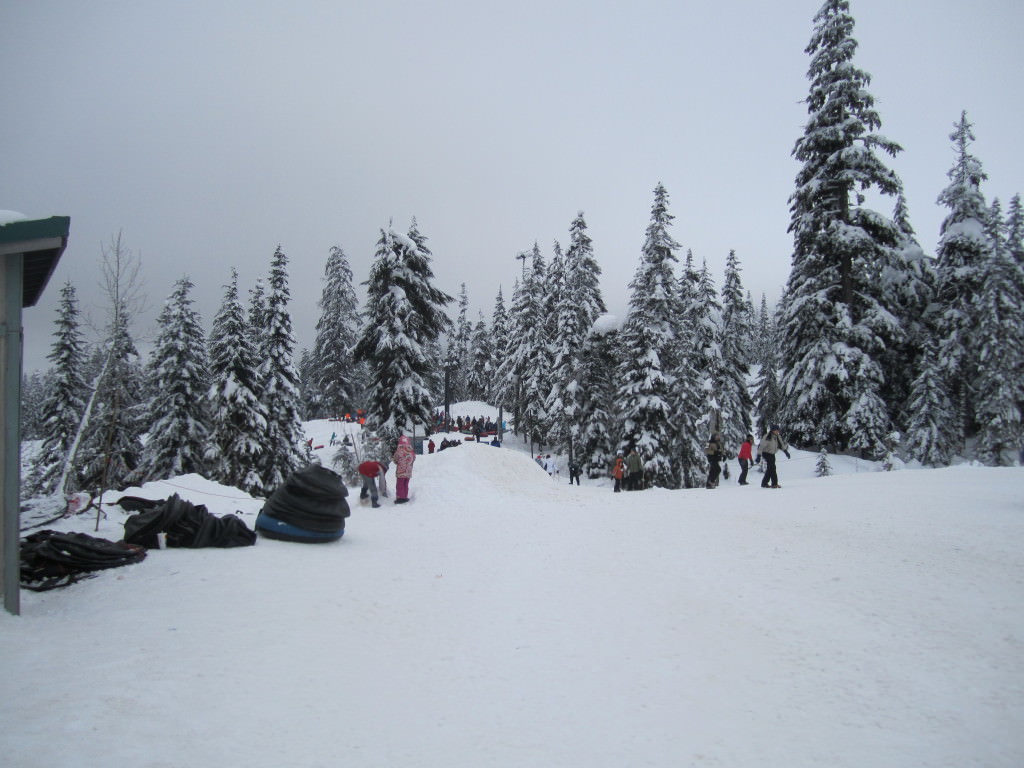 Finally, we headed to the tubing hill and had some hot chocolate while waiting for our turn. The session group before us exited, and the tubes were rounded up by the staff. Everyone crowded at the entrance with session tags on our coat zippers, and when the gates opened it was a full-on free for all. 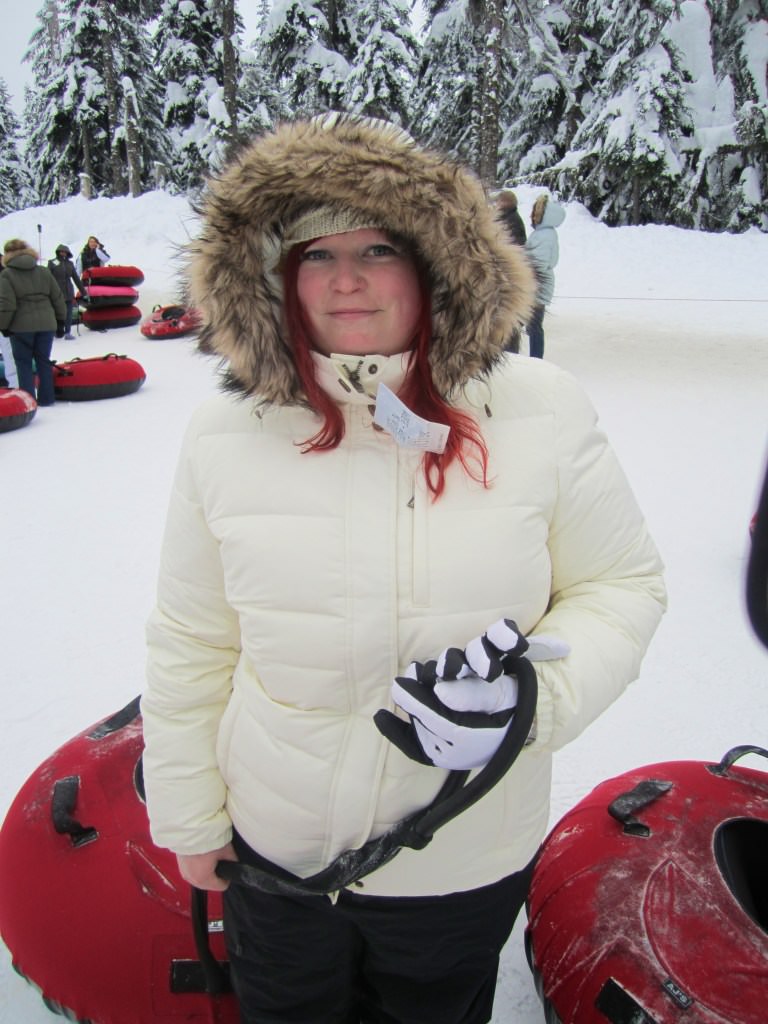 Fortunately, there are several lanes to go down on the hills, so the lines aren’t too bad, and move fairly quickly. The ride down is FAST. Slightly terrifying, considering what could happen if you fell out. Which is of course why you sign a waiver. The tubes hold you in pretty snug though. 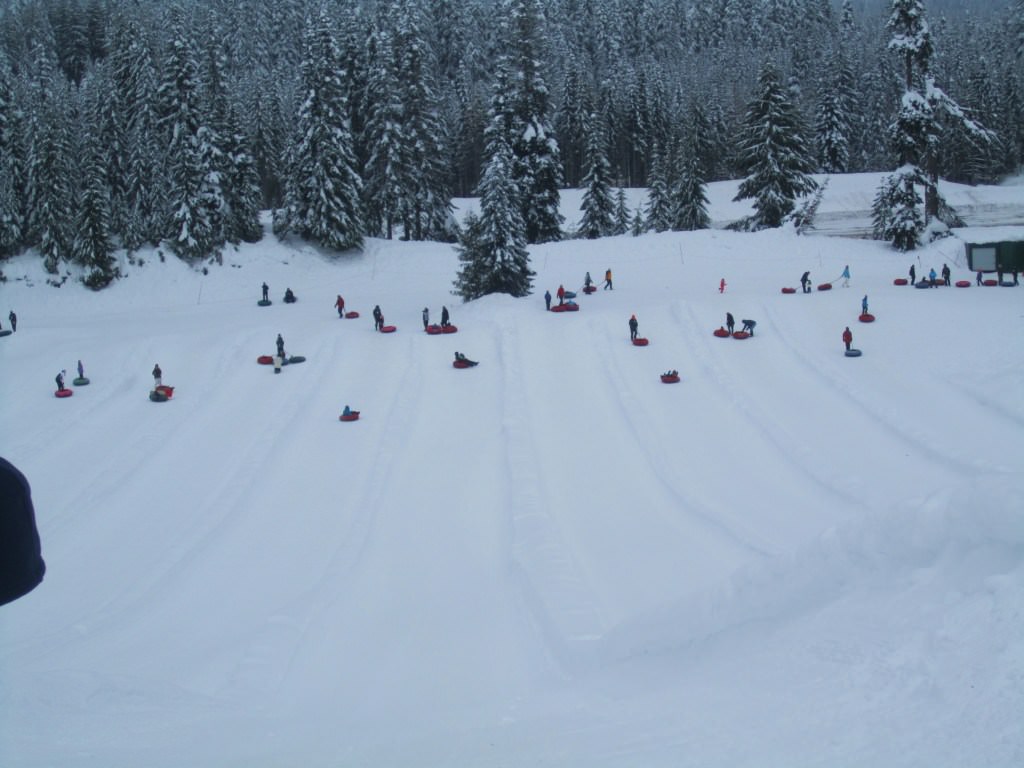 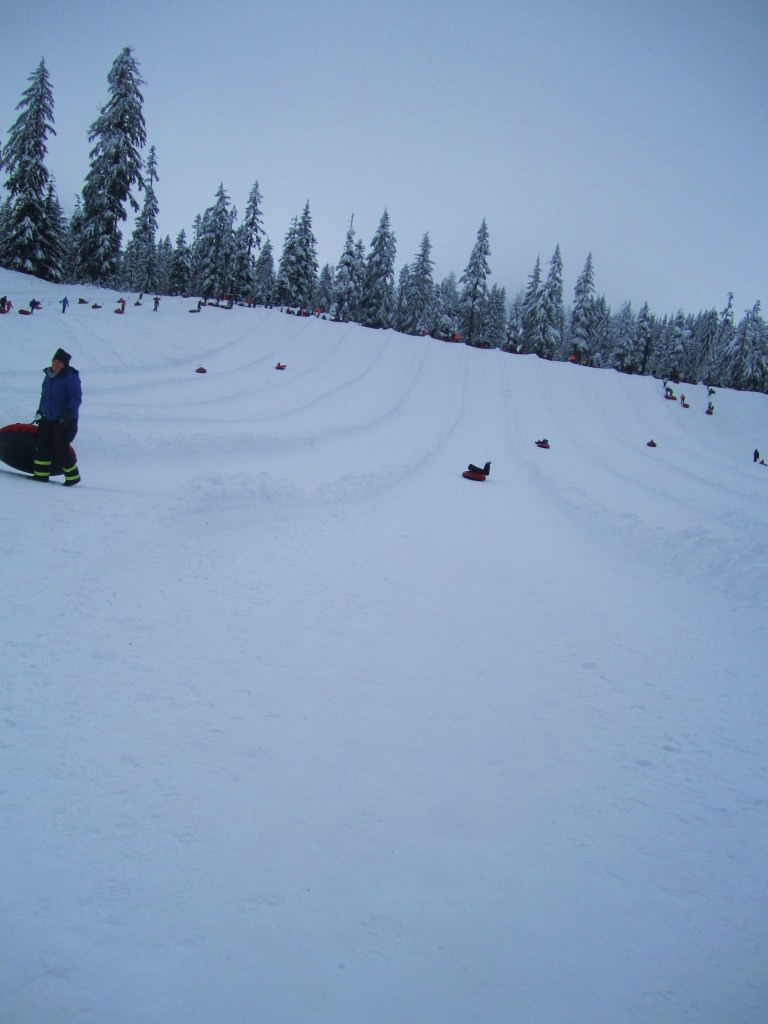 You can either hoof it back up the hill (the faster and healthier way), or hook your tube to a rope pulley system at the bottom of the hill to be slowly pulled up to the top. We went with the lazy option. 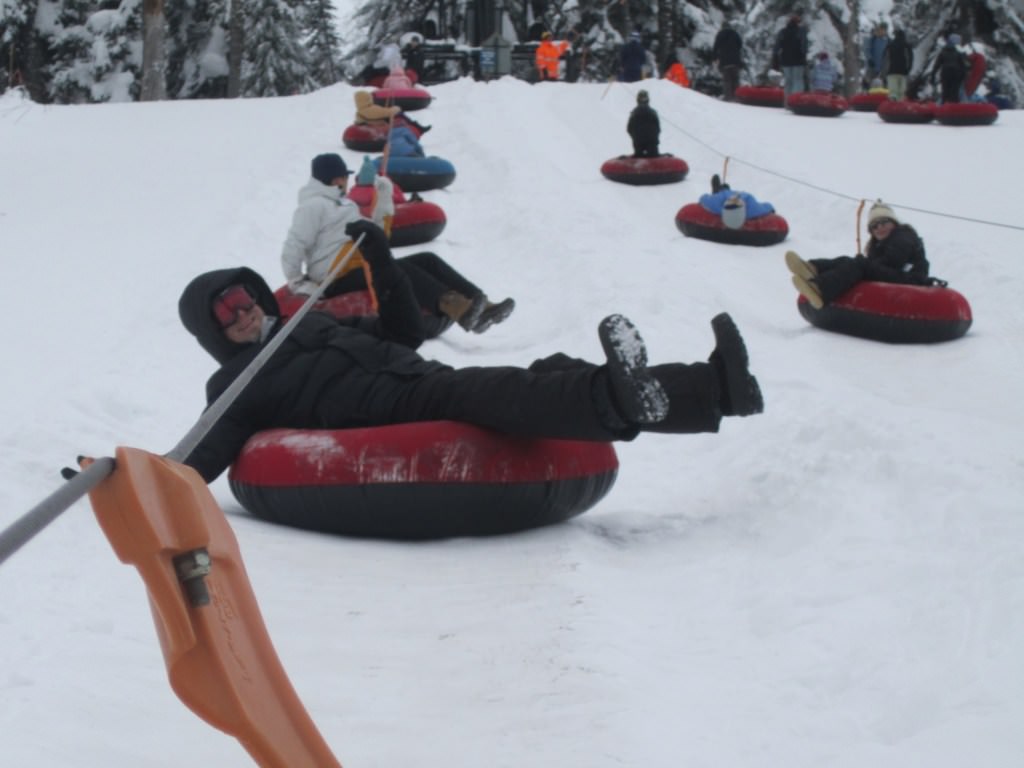 We did the snow tubing thing for about an hour and a half, and then decided we’d had enough. It was super fun and we’d definitely like to go again. It was such an easy day trip from Seattle for some fun in the snow. Make sure you check the road conditions before heading out, and you should have chains with you just in case. Mountain pass info for Washington can be found here: http://www.wsdot.com/traffic/passes/default.aspx

This year, we opted for the slothfully lazy day of movies and bloody marys. Maybe we’ll tube next year. Happy New Year!

One thought on “Snow Tubing at Snoqualmie Pass, WA”