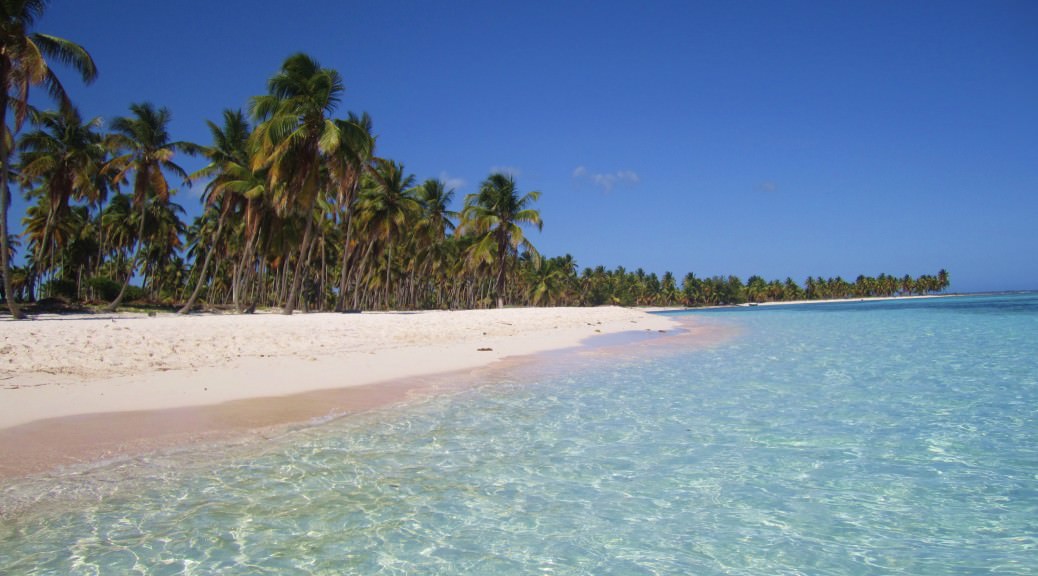 Isla Saona is a small island off of the south east coast of the Dominican Republic, and is part of the Parque Nacional del Este. There is one village on the island called Mano Juan, with only 400 inhabitants, no cars, and only solar electricity. Isla Saona has some of the most post-card worthy beaches in the world, all protected by the government through the national park.

We were staying at the Hotel Villa-Baya in the little beach town of Bayahibe on the south coast of Dominican Republic. We checked out of our hotel and walked down to the Seavis Tours office on the public beach, and were met by the Dutch couple that helped us make our reservations for Isla Saona. They were very accommodating, and stored our luggage for us in the office for the day. We also pre-arranged a shuttle with them that evening to our next destination in Cap Cana.

Our tour guide was another Dutch expat, very sun-tanned and blonde with a well-traveled look about him. We got in the boat with our fellow tourists, slapped on our national park bracelets, and set out towards the caves and Rocks of Penon. The rocks were a former home of the native Taino people who inhabited the island before the Spanish conquistadores brutally desimated their populations.

After a quick stop and explanation, we moved on to the Piscina Natural, or the “natural pool”. It is a shallow sand bar pool a ways out from the coast where you can find red sea stars. There were a couple other tours there as well. Our guide was very careful about making sure that no one took them out of the water, and explained their life cycle.  (If they are taken out of the water for more than about a minute, they die. I read in my guidebook that many guides aren’t so careful about this, unfortunately.)

PLEASE DON’T TAKE THE SEA STARS OUT OF THE WATER.

Complimentary rum and cokes were also offered, even though it was 10:00 AM. Why not.

After we spent some time learning about the sea stars, we went by some mangroves, and a driftwood log with pelicans scanning the shallow water for lunch. Our guide explained the environmental impact of the resort building in Punta Cana, which included mangrove and seagrass removal on the coastline. This lead to the loss of habitat for marine life in the area, as well as increased sediment runoff into the ocean and increased water pollution. The good news is that there are environmental groups working on a mangrove reforestation project in the area.

After we bid the sea stars and pelicans goodbye we headed to the main attraction, Isla Saona. Isla Saona is in the Parque Nacional de Este, and has one small village on it called Mano Juan. No one is allowed to live or move to the island, only the approximate 400 locals who have been there raising families for years. The only electricity in the village is through solar panels, and the community thrives on subsistence farming and tourism.

We walked past a tree with a ladder. Our guide explained that this tree was the only place on the island where cell service signals were available, so when islanders want to call the mainland, they climb up the ladder to sit in the tree and talk on their phones.

We walked through the village, looking at the happy, laid back lifestyle. It made me want to run away and live there. We visited a  sea turtle sanctuary and learned about sea turtle conservation. Their numbers are decreasing as predators prey on their eggs. Unfortunately sea turtle eggs are thought of as an aphrodisiac in the Dominican Republic and Latin America, and are sold for thousands of dollars. This group on Mano Juan is trying to educate and protect the turtles. It was refreshing to see. 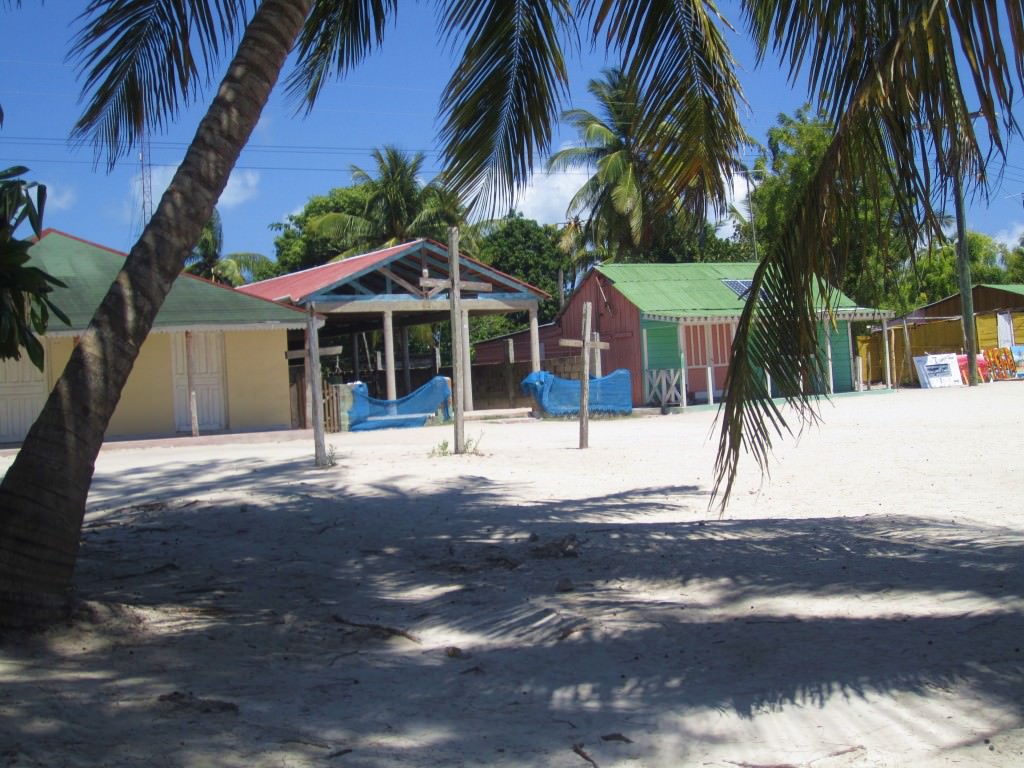 We visited the local hospital, which had no one in it at the time. They receive a new doctor doing a year of community service after finishing school each year to work at the hospital. Some of the other tourists were horrified at the primitive facility. It didn’t look bad to me, just simple. One lady said, “being here really makes you appreciate what we have at home.” Being there for me made me want to leave home. What do people really need? Family, friends, health, and happiness. It seemed to me that the villagers in Mano Juan had all of those things.

After the village tour, we went back to the main beach for a buffet lunch. The food was excellent. While we ate, some local kids came and played music for us and sang for donations for their school. The tour guides explained that kids begging tourists for money end up making more money than their parents, and wasn’t teaching kids a good work ethic. They are teaching the kids music in the school and that they need to do something to earn money, not beg for it. The kids looked super happy playing their instruments and singing. We made sure to make a donation for their school.

After lunch, we headed out to the other end of Isla Saona, with a beautiful uninhabited beach for some swimming and snorkeling. It was truly one of the most picturesque beaches we’ve ever seen. 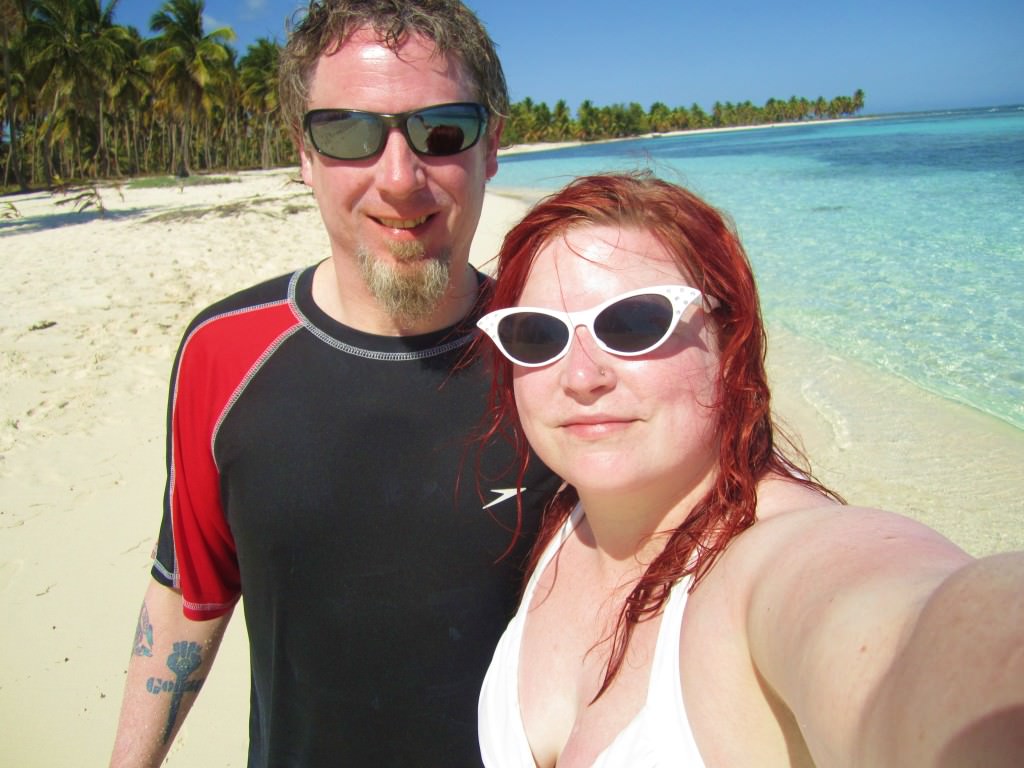 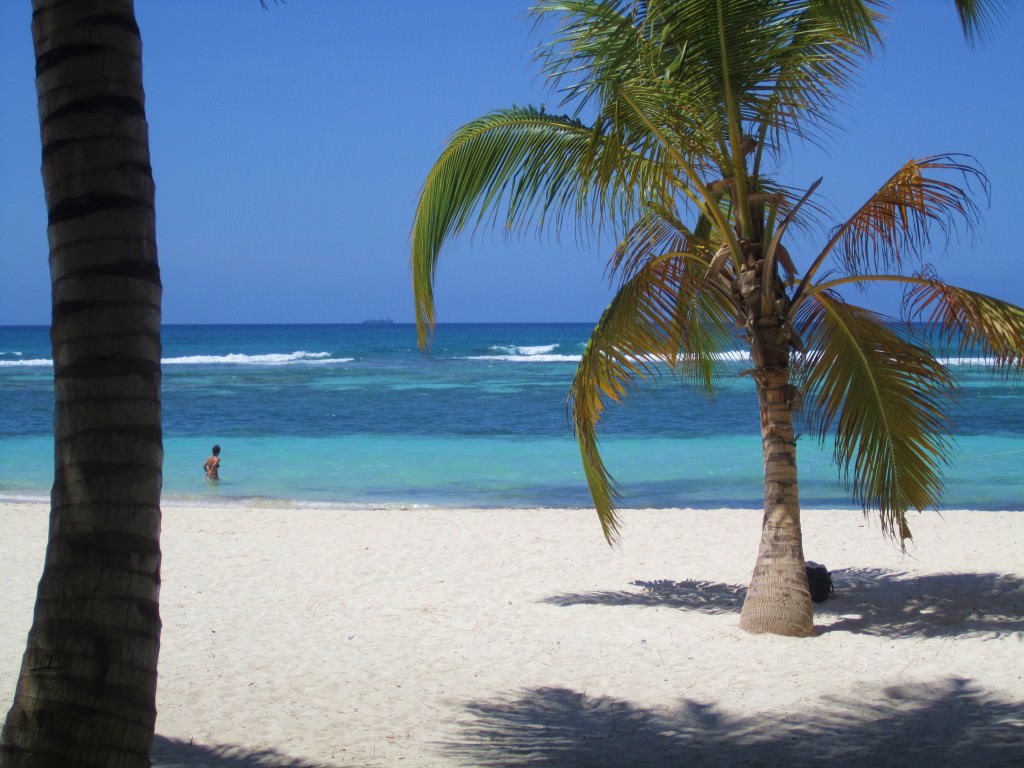 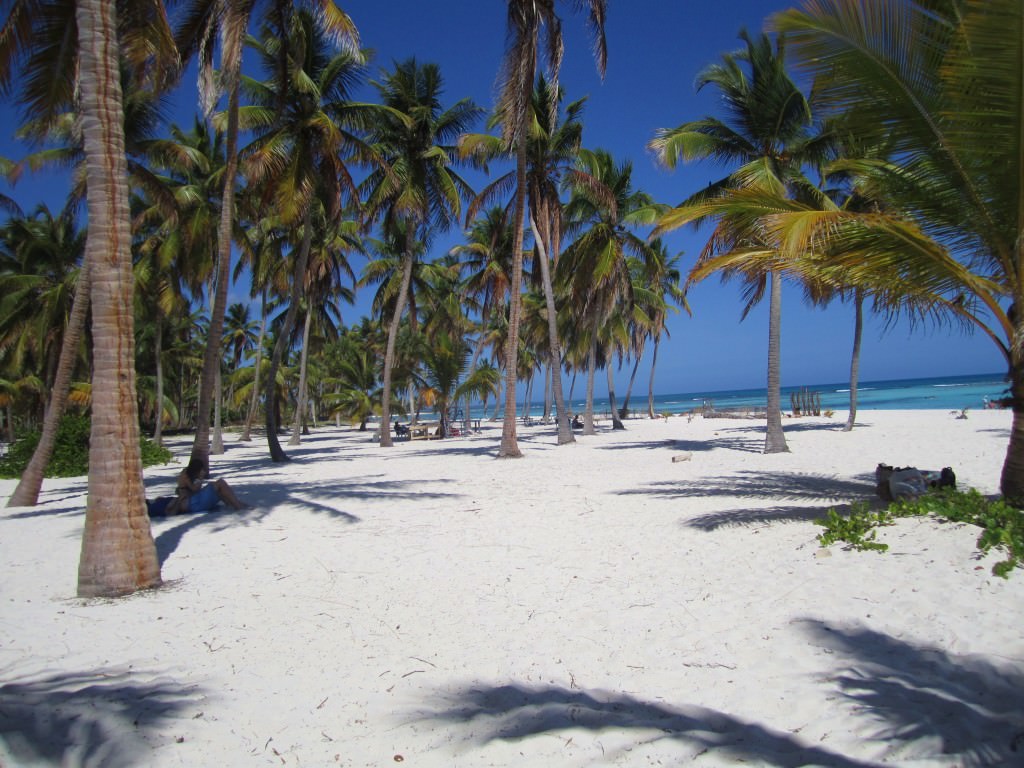 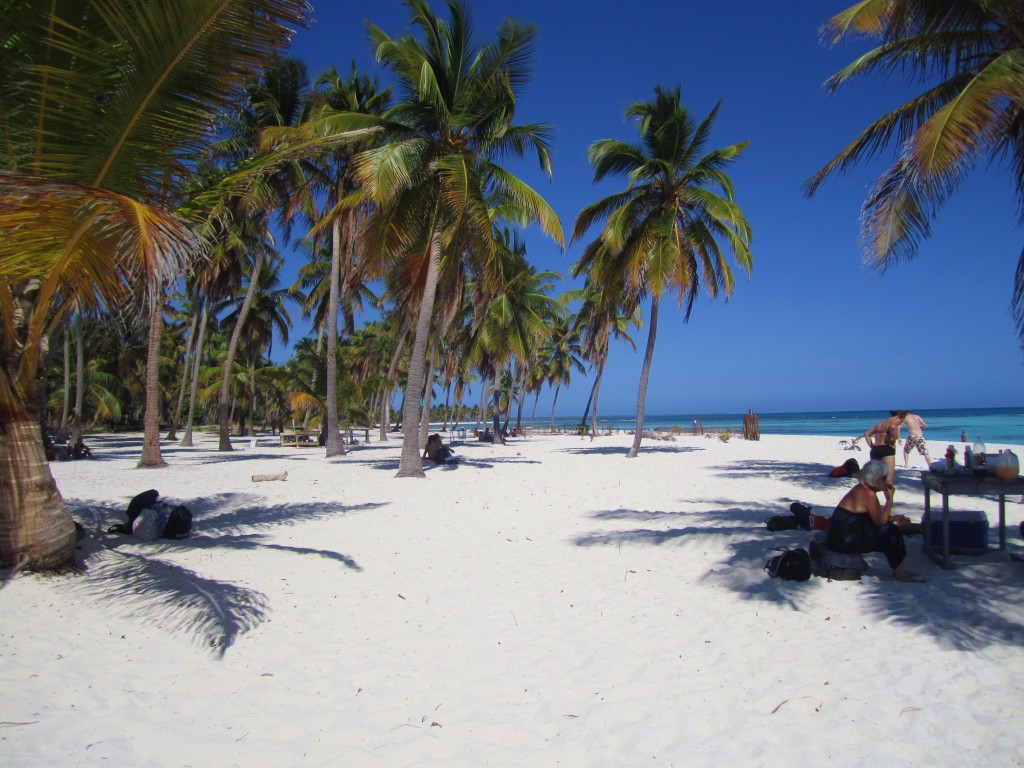 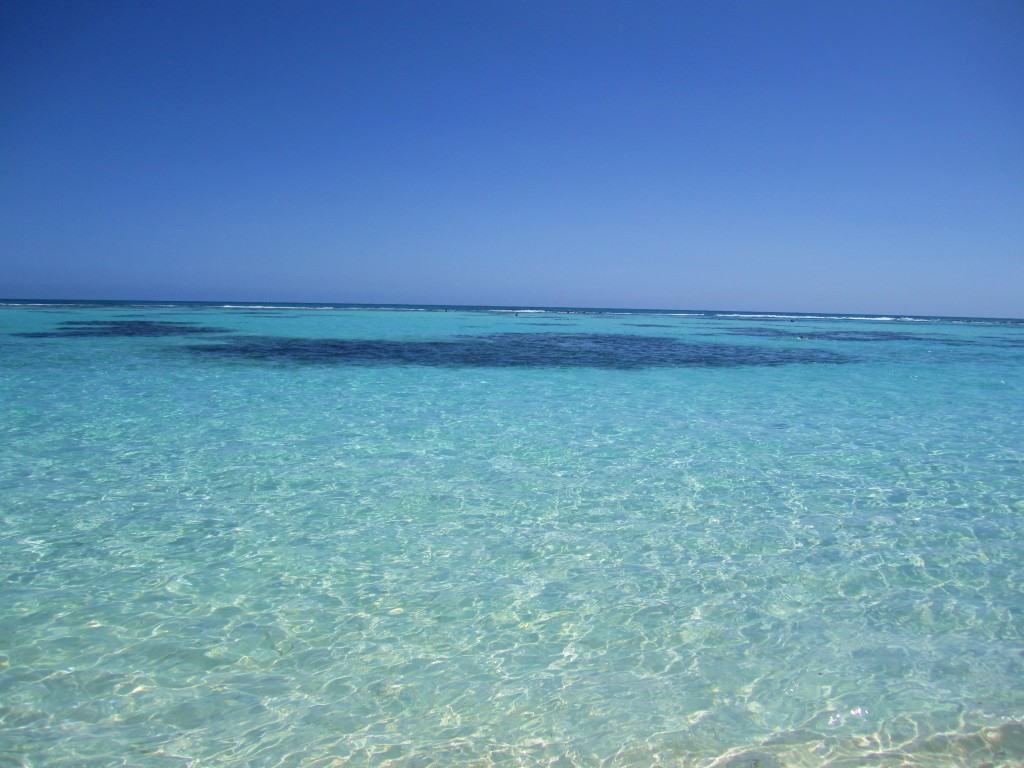 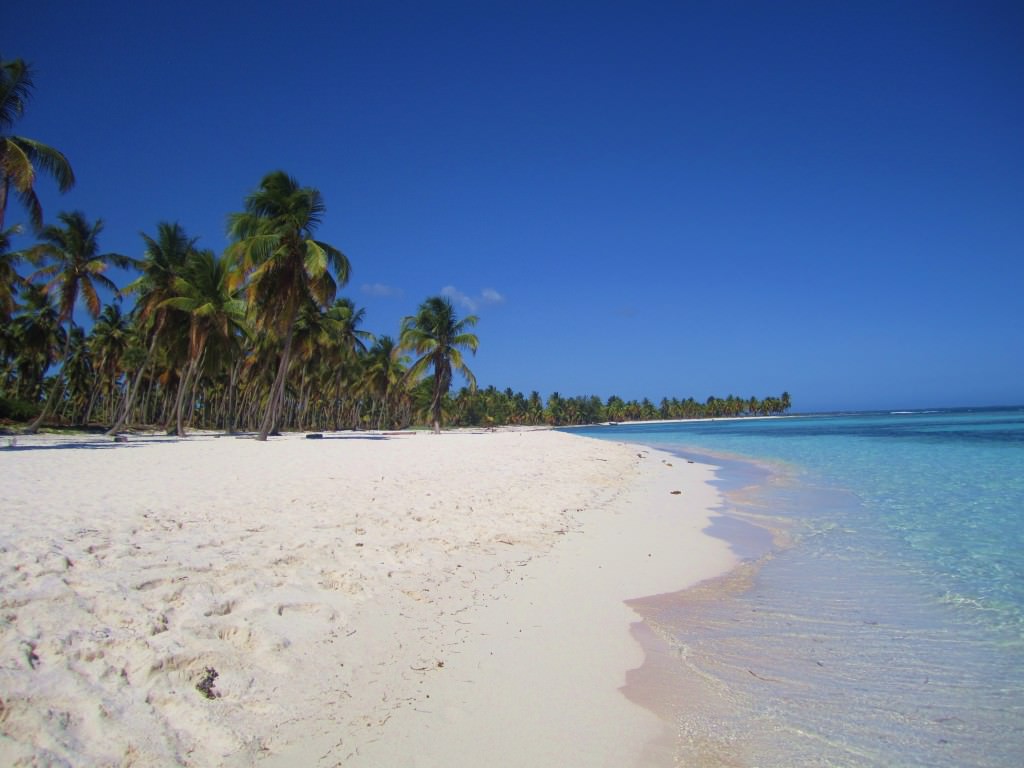 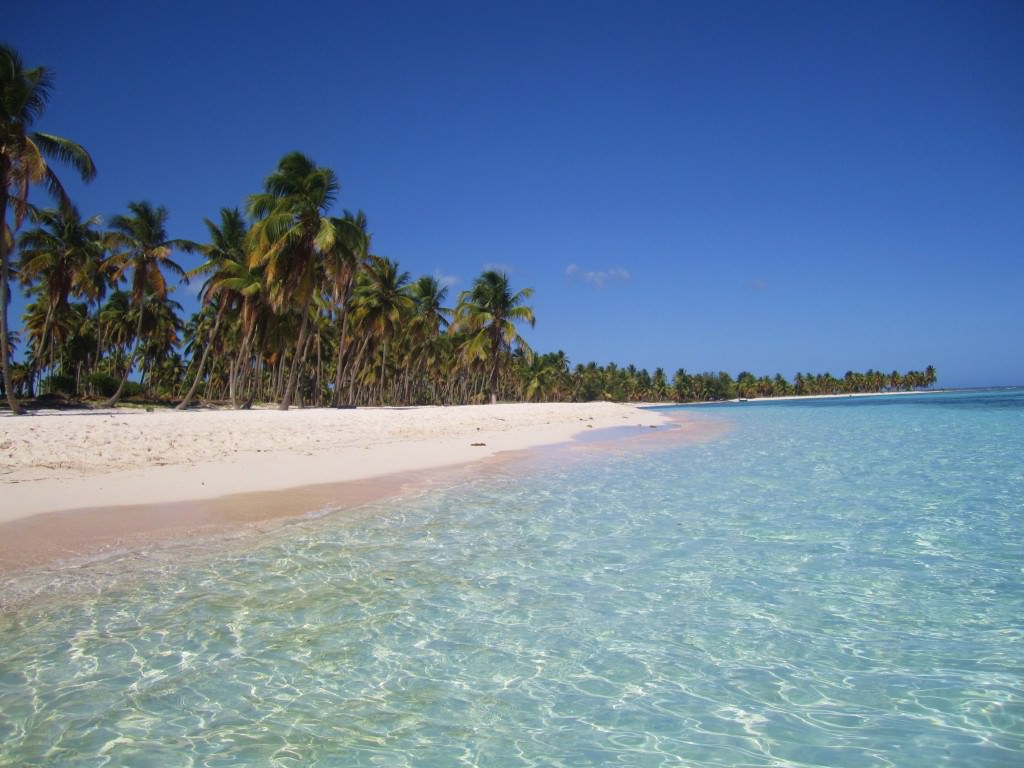 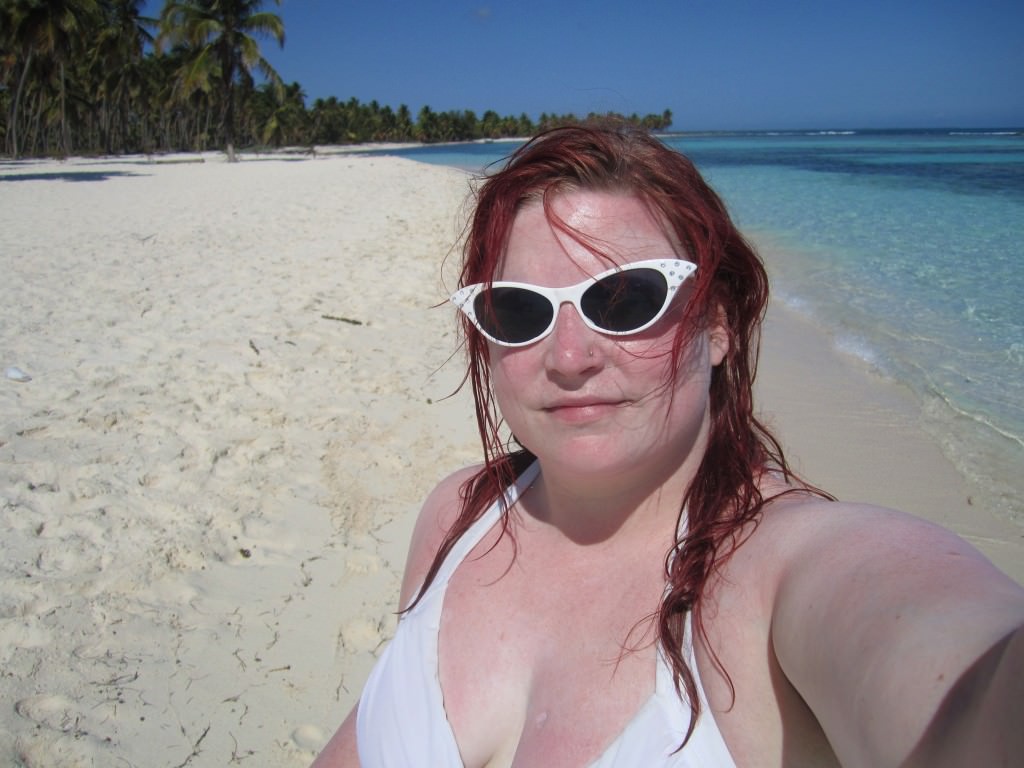 There were a few patches of coral, and some fish but the snorkeling wasn’t great. It was enough of a good time just to sit or walk along the beach and swim. It was so beautiful. 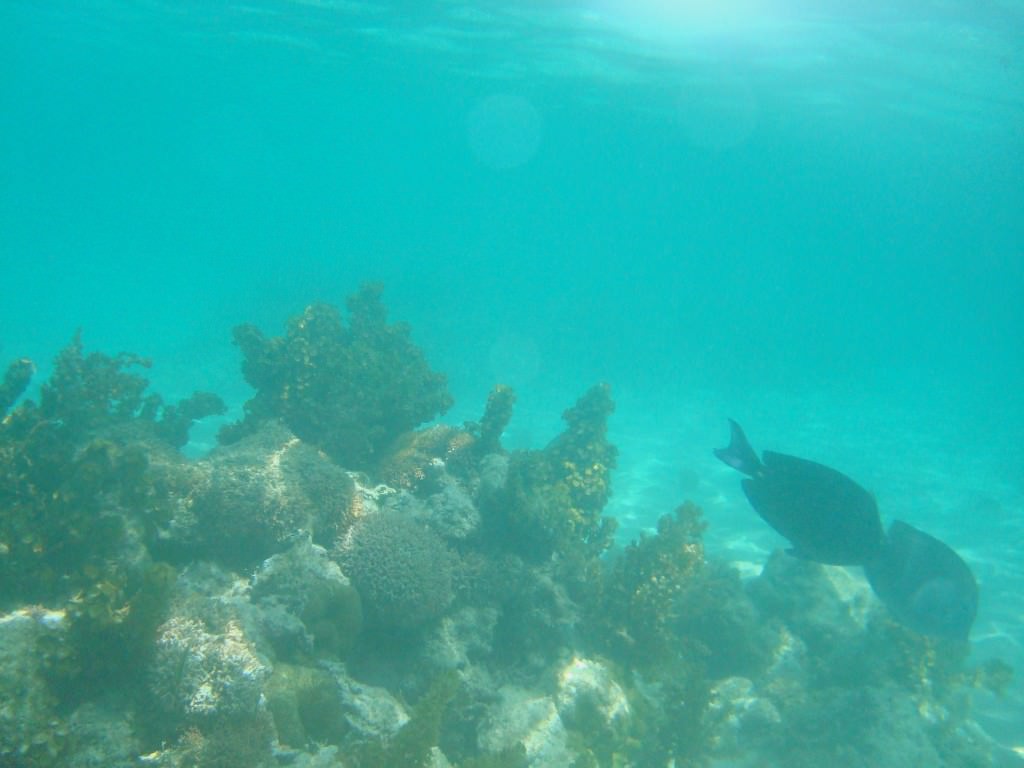 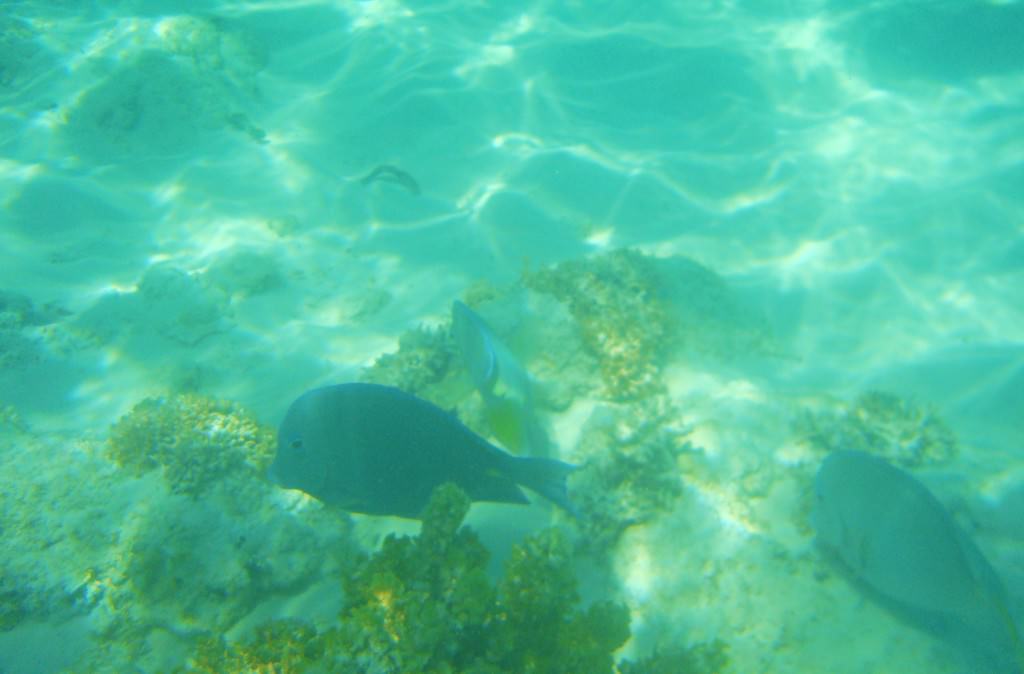 Unfortunately this was also the trip that my water bag for my camera decided to no longer be waterproof. It was my old camera, and fortunately I had my regular camera still. The camera bag had been on many snorkel trips, but this was it’s last one. (I now have a waterproof camera instead of a bag).

Our guides brought out a little dessert of pineapple cake, and shortly after left Isla Saona and headed back to Bayahibe. We arrived back, collected our luggage and were sent with a shuttle driver to our resort in Cap Cana, a smaller area south of Punta Cana.

Continue reading about Bayahibe, Cap Cana and the rest of our Dominican Republic trip here