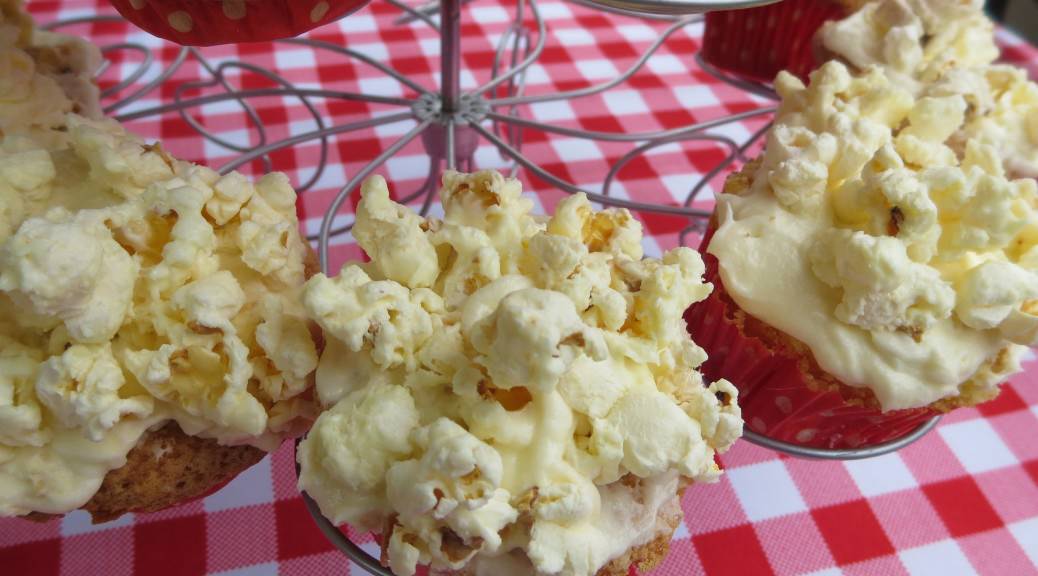 We were planning a summer outdoor movie party in our backyard, and I wanted to come up with some appropriate snacks. Food Network Magazine had a pretty genius recipe for “Golden Butter Popcorn Cupcakes“ in their September 2013 issue, so I thought it would be perfect for the party.

The genius part (in my opinion), was that they simply took a golden butter cake mix, and subbed out the water required for canned corn juice. Easy-peasy and it creates a great buttered corn flavor in a cupcake. I know that sounds weird, but it was really good. 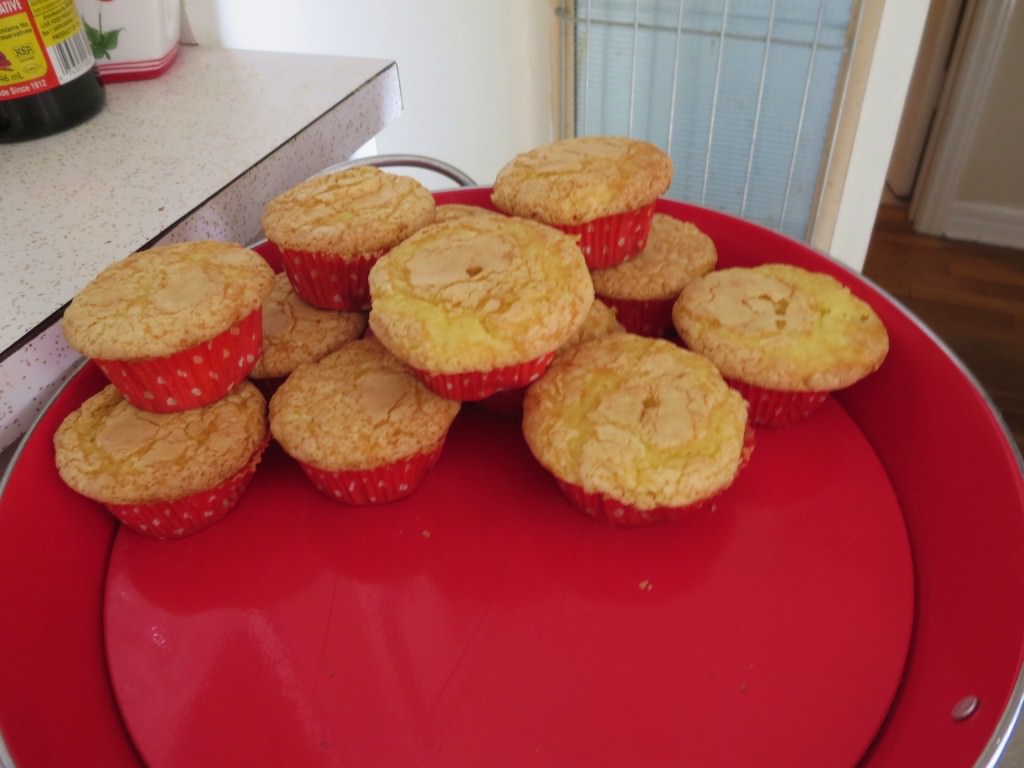 The frosting part of the recipe was where I deviated a bit. They called for frosting made from two cups of heavy whipping cream with 3 tablespoons of powdered sugar, beaten into whip cream. I wasn’t so into that, so I made up my own:

I did follow Food Network’s directions for the popcorn with the frosting, however. I used Pop Secret Home Style popcorn, and mixed it in a bowl with about 4-6 ounces of melted Ghiradelli white chocolate chips. 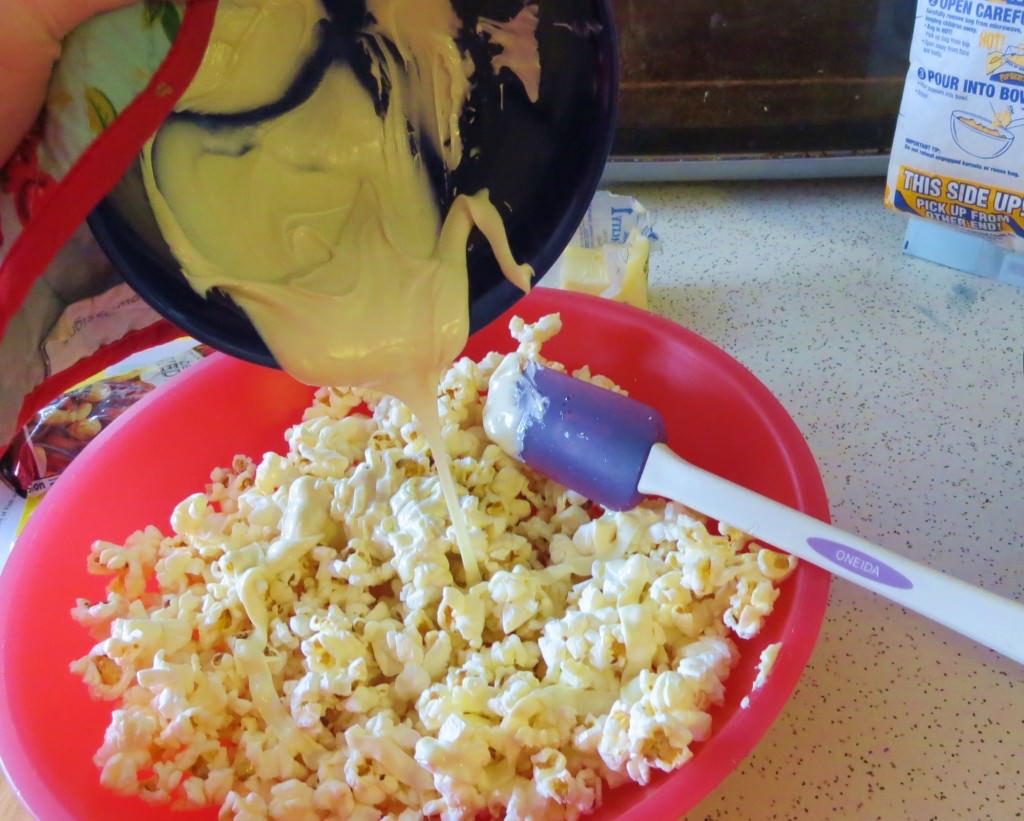 I took a handful of the white chocolate popcorn and crushed it up a bit (make sure you don’t put any un-popped kernals in the frosting), then added it to the frosting mixture 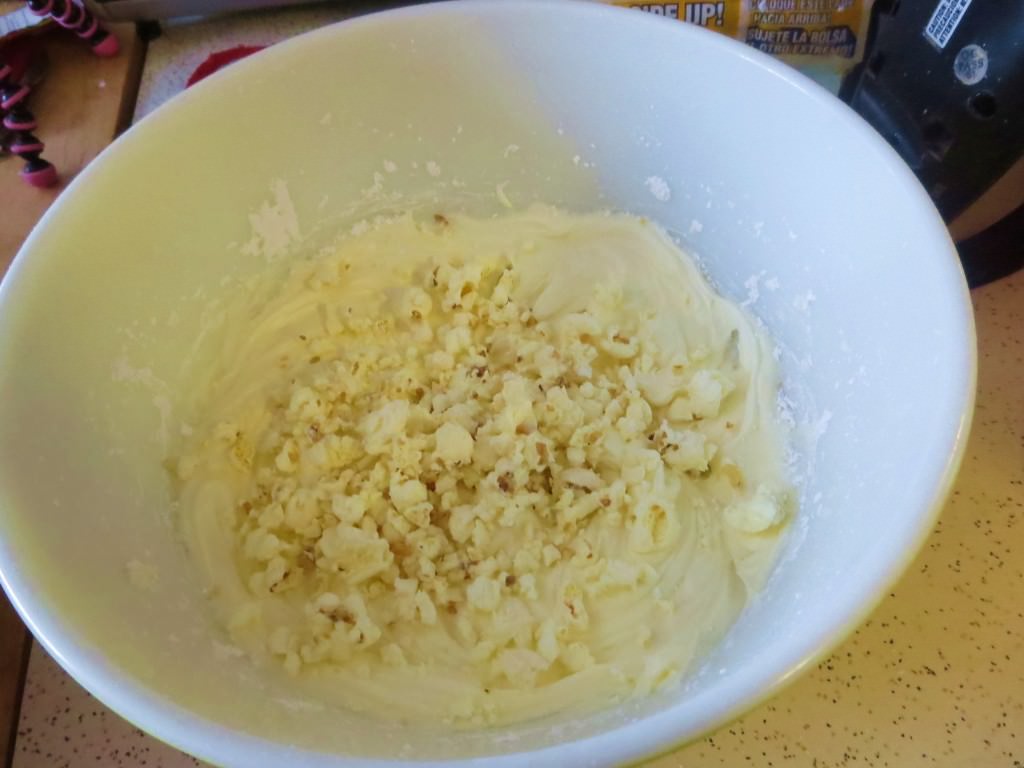 I frosted the cupcakes and added the rest of the white chocolate popcorn to the top of each cupcake.

**Note: always make sure that cupcakes are cool before frosting 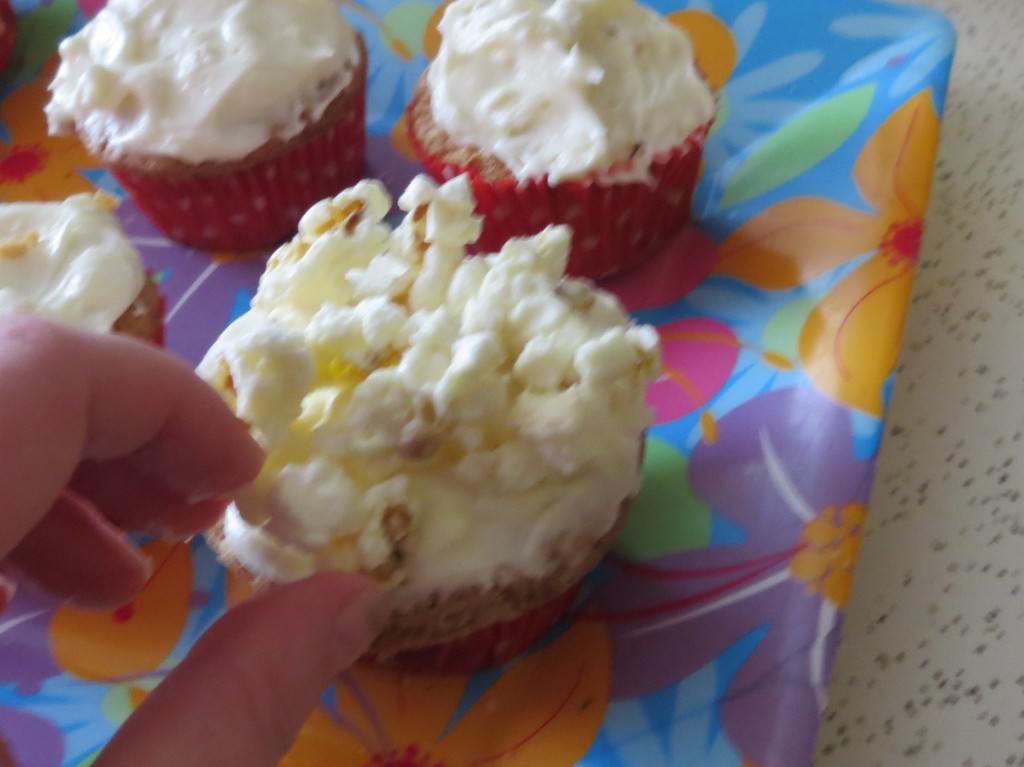 So there you have it–super easy and tasty Buttered Popcorn Cupcakes, guaranteed to be a hit at your next movie party. Our party guests kept making a point to come up to me during the party and tell me how good they were. There weren’t any leftover.